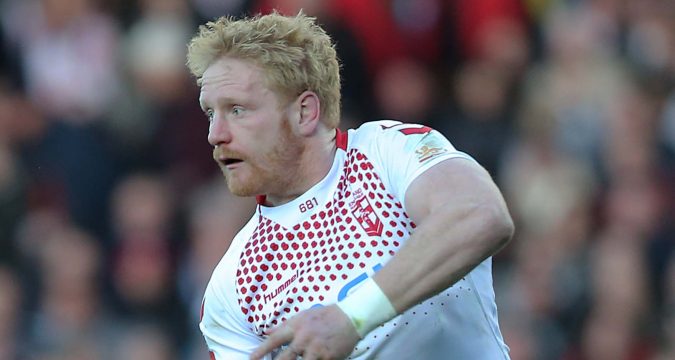 James Graham may have played his last game in the NRL, after requesting a return to England to swap one Red Vee for another.

The St George Illawarra forward requested a transfer home to his boyhood club St Helens last week to fill the hole left by departing Saints prop Luke Thompson, who’s signed with the Canterbury Bulldogs club that Graham himself joined in 2012.

The Dragons will approve the move as soon as they find a replacement for Graham, who began his professional career at Knowsley Road way back in 2003.

The 34-year-old produced a typically whole-hearted effort in his 186th and likely final NRL match, pumping out 26 tackles and 103 running metres off the interchange bench in the under-siege Dragons’ 20-8 victory over the Gold Coast Titans at Suncorp Stadium on Saturday.

When asked post-game whether he’d made his last NRL appearance, Graham replied: “Genuinely unsure. Not sure what’s happening just yet. I think the situation’s pretty clear and we’ll see what happens in the next couple of days.

“It was a bit weird knowing that it was potentially my last game over here. But to be honest, I just wanted to get the win for the team.”

Making his Super League debut as a 17-year-old some 17 seasons ago, Graham ran out 224 times for St Helens before heading down under in 2012.

But when St Helens legend Mal Meninga asked him for his career highlight on the Australian broadcast on Saturday, Graham teased Saints fans by hinting at some more silverware back home in Britain.

“I dunno, I’d like to think maybe that moment’s yet to come,” he said.

“There’s still a bit of fight in me yet, and still plenty of time to make an impact on our sport and try and do my best, you know what I mean? So I’m not really thinking about that right now.

“Look, obviously, my intention is to go to England and play out the season there. After that, who knows?” Graham said.

“I’ve sort of made Australia home. I’ve spent most of my adult life here. So it’d be pretty hard not to come back.

“England’s not going to recognise me. I left as a tea-drinker and a pint-of-lager drinker, and I’m going home drinking almond cappuccinos and I’m on the craft beer scene, so yeah, I don’t know what I’ve become.”

Graham’s homecoming hinges on the Dragons’ ability to find a replacement for him.

Cronulla’s Billy Magoulias, Parramatta’s Daniel Alvaro and Newcastle’s Herman Ese’ese are reported targets, while Dragons veteran Jack de Belin, who has been suspended since last February under the NRL’s no-fault stand-down policy, could have his sexual assault charges dismissed this week and return to the squad.

St George Illawarra coach Paul McGregor admitted he was unsure when or if he would lose Graham.

“That’s not up to me or James, it’s up to the recruitment and retention and certainly the two clubs to work it out,” McGregor said.

“We just said a couple of nice words, and if it is James’ last game, we just thanked him for what he had brought to the club. And we shared a little bit of a moment there.”