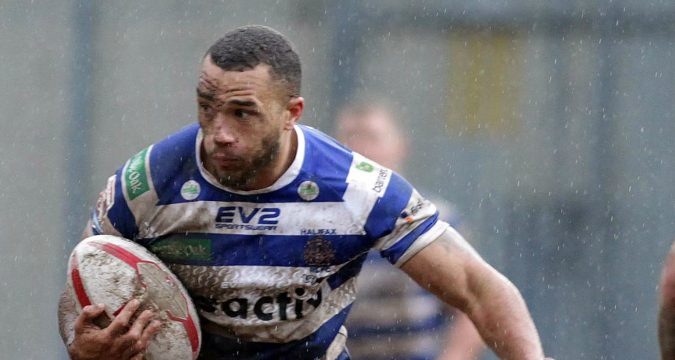 Miles Greenwood’s nightmare year will come to an end today as he makes his return from injury for Halifax.

The full-back will be in the Fax team that takes on Leigh this afternoon, 371 days after suffering a horrific leg injury while playing for Halifax against Featherstone.

He made his return to action in a reserves game against Dewsbury Rams last week and did enough to get the nod from head coach Richard Marshall to feature against the Centurions.

“He’ll be a bit rusty, but I’m looking forward to seeing him play and he’s very excited. It’s fantastic news for him because he’s worked so hard, I really hope he goes well.”

It’s been a slow start to the season for Halifax having won just two of their opening five games this season. A battle with Leigh is a daunting task, but Marshall believes it comes at the right time for the club.

“We’re a bit down at the moment, it’s a bit like the situation we were in last year but I’m not concerned.

“It’s a good fixture for us this week. I don’t think they’ve hit their straps yet and neither have we. We always have good ding dong battles. They have some individuals that are very good, but we’ve also got a good team. They have ambitions and that’s great.”

Fax will be without key players Ben Kaye (concussion) and Scott Murrell (hand) for today’s game.