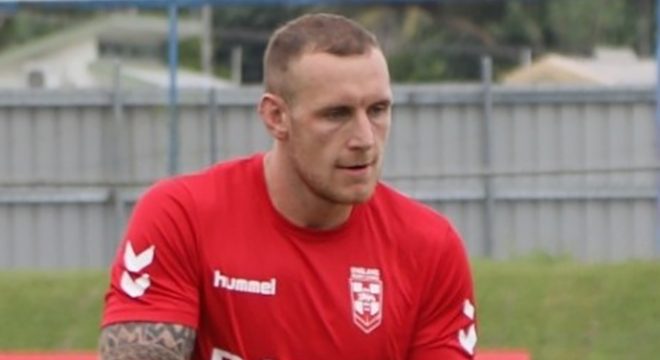 England Knights and Hull FC forward Dean Hadley will return to the UK early after suffering illness during the tour of Papua New Guinea.

Hadley started Saturday’s 16-12 first testvictory over the Kumuls at loose forward, but will not feature this weekend after spending some time in hospital earlier this week. He will instead return home.

“We’re obviously disappointed because he’s a quality player and a quality person but we have to take medical advice,” said Knights coach Paul Anderson.

“He spent a night in a Papua New Guinea hospital. The medical care was first class, not just our staff but the staff at the hospital have looked after him.

“I think it’s a credit to him that he doesn’t want to be a distraction to the boys, he wants to sort himself out medically.

“He’s been a consummate professional; he’s a credit to himself, his family, his club, and to our competition, we’re very quick to batter a lot of things of what we do, and we’ve got some very quality people in our sport and Dean is one of them.

“I was fortunate enough to spend last two weeks with him in camp and I feel privileged to work with him.”

Hadley added: “Over the last couple of days I’ve been in hospital and had a bit of an illness, but I’m out now and I’m all good.

“I’ve been told I can’t play this weekend and I can’t train either. I just felt it (returning home) was the best decision.

The England Knights side will take on Papua New Guinea in the final test match at the PNG Football Stadium in Port Moresby on Saturday.