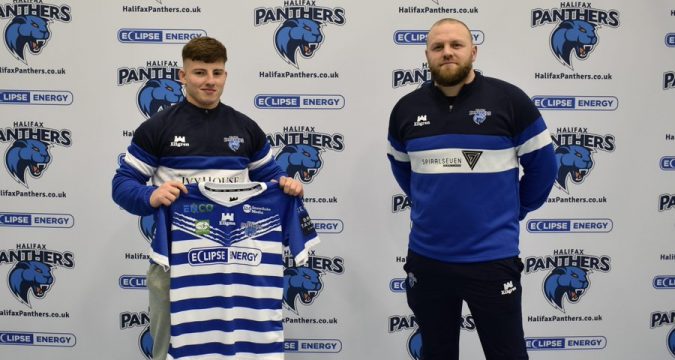 Halifax Panthers have confirmed the signing of Wigan Warriors hooker Amir Bourouh on a season-long loan.

As revealed by League Express, the 20-year-old will join his hometown club in order to earn first-team experience throughout the year.

The hooker played three times for Wigan last year as they won the League Leaders’ Shield, but the arrival of Jai Field along with the retention of Thomas Leuluai and Jackson Hastings saw his route into the side limited this year.

“I’m buzzing and honoured to have the opportunity to play for my hometown club for the season,” he said.

“I can’t wait to get going and hopefully I can add something to the exciting side Simon has built.”

Head coach Simon Grix added: “Amir is a local product on his way up in the game and circumstances dictate he needs somewhere to continue his development as he attempts to build on the positive performances he had for Wigan in 2020.

“He provides another option at 9 for us and I expect the competition to bring the best out of Brandon and Curtis.

“He is quick out of dummy half and aggressive in defence with good habits from a successful environment.  I’m sure he will prove to be a good acquisition.”