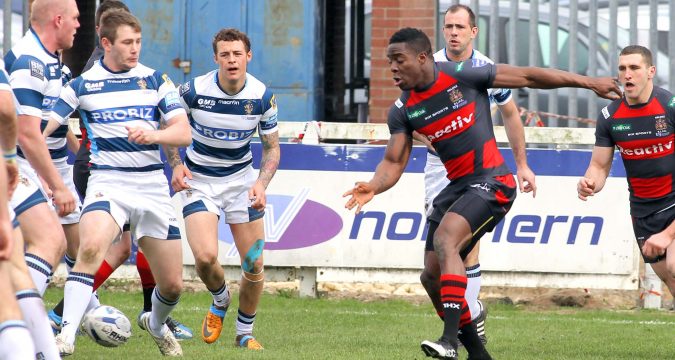 Halifax player Rob Worrincy has been suspended for six months after being found guilty of breaching the sport’s rules relating to betting.

An RFL Operational Rules Tribunal handed down the suspension after Worrincy admitted placing a series of bets, including bets on matches in which he played, between May 2012 and September 2013.

Worrincy was investigated after his betting activity came to light from the sharing of intelligence between the RFL and the Gambling Commission’s Sports Betting Intelligence Unit.

Under RFL Operational Rules D1:10(c) players shall not be involved in any manner or capacity whatsoever, whether for his own account or on behalf of any other person, in any betting in respect of any Rugby League match or competition.

Players are also bound by Operational Rule E5 in the Code of Conduct which prevents the placing, accepting, laying or otherwise entering into any wager, bet or other form of financial speculation with any individual, company, organisation or other body in relation to the result, progress, conduct or any other aspect of any match, competition or event.

Worrincy was also deemed to have breached Operational Rule E5.3.1.3.1 which forbids players from using in relation to betting any information they have by virtue of their position within the sport that is not in the public domain or readily accessible by the public.

The Tribunal was told that Worrincy was aware of the rules relating to betting having attended a workshop on the dangers of betting delivered by the RFL to the Halifax players in February 2013.

The Tribunal accepted there was no suggestion of match fixing in the breaches of the RFL Operational Rules by Worrincy. The suspension applies with immediate effect.