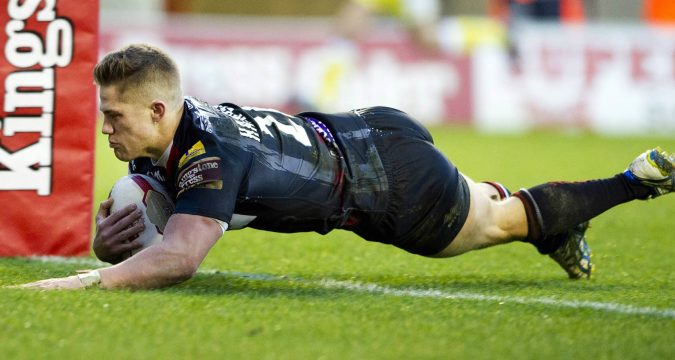 Castleford Tigers have completed the signing of Wigan fullback Ryan Hampshire on a one-year loan deal.

Hampshire makes the move to Cas after penning a new three-year contract with Wigan, who were desperate to secure the long-term services of the promising back but also ensure he gets regular first-team action in 2016.

Capable of playing in either the halves or at fullback, Hampshire’s chances of cementing regular first-team action at Wigan looked slim, especially after the return of Sam Tomkins, who incidentally has been ruled out until Easter with an ongoing knee injury.

Wigan’s statement reads: “The agreement includes an emergency clause allowing Wigan to recall him in the event of a significant injury to one of the Warriors half-backs or full backs. As part of this clause Ryan will return to Castleford when the injured player returns to fitness.”

“Ryan is too good a player not to be playing regularly,” said Wigan chairman Ian Lenagan.

“Ryan still wants to be a success at Wigan but rightly feels that he needs consistent first-grade rugby to further enhance his career. This solution means Ryan gets the opportunity to earn game time at a strong Super League club with an excellent Head Coach; Castleford get a very good player for 12 months and Wigan will see the benefit of this when he returns to us in 2017. The emergency clause protects Wigan in the event of a significant injury to one of our key First Team players.”

“Kris Radlinski and Ian Lenagan have assured me that I have a big future with Wigan and I appreciate the club’s support at this stage. I have showed the trust in what I have been told by signing the new contract.

“I am excited in joining Castleford on loan. Being in a new environment at a club that is aiming high will no doubt be good.”