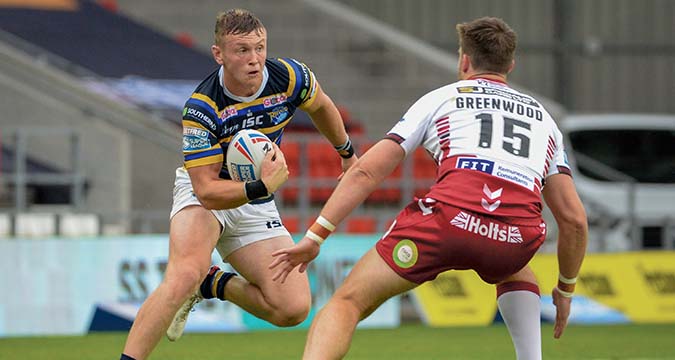 Harry Newman’s remarkable progress from a double leg break has continued after he returned to pre-season training with Leeds.

Head coach Richard Agar told League Express on Monday that the centre was ahead of schedule on his road to recovery.

And the Rhinos have now posted their first shots of Newman back with the squad as he continues to work on a return later this year.

Just 105 days after his double leg break last season, great to see @Harry3Newman take his first step back on a rugby field this afternoon

“He’s worked really hard and he’s made great progress. We don’t want to put a timescale on his recovery because it was a really nasty injury and there can be complications, but we’re really pleased with the progress he’s made so far.”