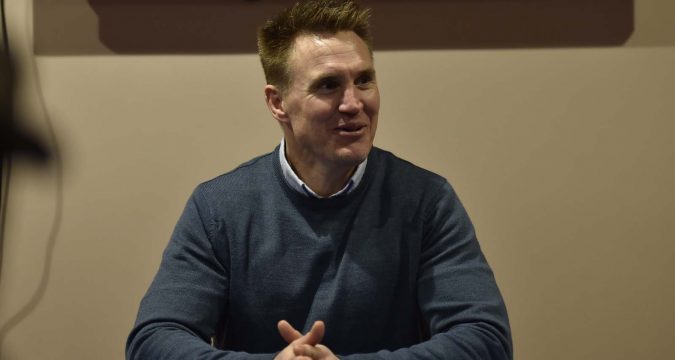 Richard Marshall says he has enjoyed instilling his beliefs into the Salford squad following their return to pre-season training.

Marshall linked up with his new squad before Christmas and has got to grips with them again following the festive season.

The former Halifax head coach is adjusting back to being the lead figure, having acted as assistant at St Helens for the last 18 months.

“I’m really enjoying it, there’s a marked difference from assistant to head, especially at Super League level,” he said.

“It’s a different kettle of fish really. But it’s been good, I feel settled in the role. We had a week before Christmas, some games and a bit of skill so they could get used to me and I could get used to them.

“It just took a bit of time knowing I don’t have to just coach, but organise, get people into the right places, get the programme that’s viable, the staffing structure together, we had to get some of that on board. But I’ve always wanted to go back to being a head coach so I’m happy and enjoying it.”

Marshall built a culture of strong defence and offloading in attack during his time at Halifax, an identity he hopes to re-create with the Red Devils.

“You want to put your own stamp on the organisation and they’ve let me do that with some of the recent signings we’ve made. We identified the players to take us forward. I knew there’d have to be change when I got here, you prioritise the players then the staffing. We’re nearly there now having done some of that.

“A lot of it is just based on hard work and outworking the opposition. Alongside that I want us to be highly skilled and have high execution in our offload and passing. I want our support play to be really good. And you know my philosophy on defence, you defend any penalties you concede and have pride in your line.”