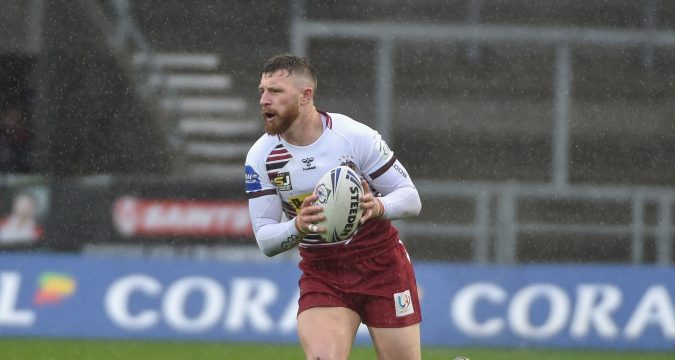 Jackson Hastings has put talk over his future to bed after signing a new contract with Wigan.

The halfback, the 2019 Man Of Steel, has signed a new one-year contract with the club.

Hastings was the matchwinner as the club secured the League Leaders’ Shield for the first time in eight years when they defeated Huddersfield Giants earlier this month.

The Australian, 24, has now extended his stay and will forge an exciting partnership with the likes of Jai Field, who the club has confirmed will join the club for next season, and Bevan French.

Wigan director, Kris Radlinski, said: “Jackson has proven that he is a quality Rugby League player. He is one of the most committed and obsessive professionals that I have ever seen at the club.

“There was a clause in the contract in Jackson’s favour which needed to be taken by the end of June. Due to the Covid-19 situation that the world found itself in, Jackson had to make a call on his future having only played a handful of games for the club.

“Despite originally not taking the extra year, he has been consistent throughout saying that it would be his preference to stay. After such a turbulent year, we are glad to have come to an agreement and look forward to an exciting 2021.”

Hastings added: “I wanted to earn my second year and prove to myself, my team-mates and the fans that I could deliver for the club. I feel I have really earned the chance to be here for another year – I have gained the boys’ trust and respect and that’s what I really wanted to do.”