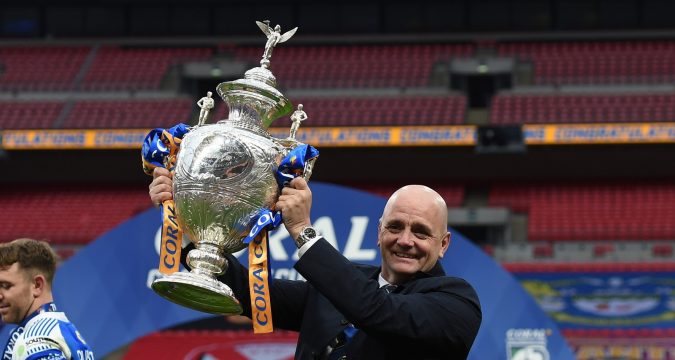 Leeds Rhinos’ recruitment is set to be kept to a minimum in the off-season as the club embarks on the 2021 season.

Defeat to Catalans ended their 2020 campaign on Friday, though their Challenge Cup triumph at Wembley ensured the Rhinos did secure one of the game’s two major trophies.

But the club’s focus will now turn to the season ahead and while recruitment will be a part of the club’s thinking, few arrivals or departures are expected, other than those that have already been flagged.

Bodene Thompson has signed a permanent deal with the Rhinos following a successful short-term loan deal, with the experienced forward set to take the place of Stevie Ward.

One further signing is expected to arrive at Headingley between now and the next campaign, with a prop forward understood to be at the top of coach Richard Agar’s shopping list.

Even before the season went into lockdown, Agar had spoken of his desire to reinforce his pack.

The departure of Adam Cuthbertson to York leaves them a packman down since those comments, and the departure of the Australian opens up a quota spot for the Rhinos to recruit from the NRL.

Beyond that, the club is likely to do little business in the off-season.

Kevin Sinfield, who spoke to the press following Friday’s game in the absence of Richard Agar, who was self-isolating, said following their defeat: “There’s an old saying – ‘you can’t win big games early on but you can certainly lose them’ – and that was true tonight. Being 18 behind in a game of that magnitude just made it too hard for us.

“I have to say I thought our effort was outstanding. I thought at crucial times, our skill was off and we made some errors that invited Catalans to attack us, but my overriding thought is that I’m proud of our efforts.”