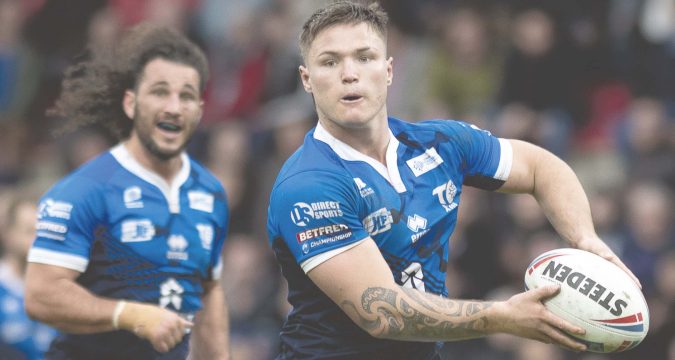 Castleford Tigers forward Tyla Hepi (pictured) admits he didn’t know half of his team-mates’ names during their pre-season defeat to Bradford last week.

The Tigers fielded a mixture of youth and experience in their Boxing Day bout with the Bulls, eventually falling to a 20-14 defeat.

It was Hepi’s first outing in Castleford colours after joining them from Toulouse Olympique, and it was a good name-learning exercise.

“I enjoyed playing alongside the young boys,” he said.

“They had a load of enthusiasm about them, but we haven’t spent that much time together so it was a little hard when you might not know their names. I was calling everyone ‘mate’ or ‘bro’, but we all had a dig and we should be proud of the young boys. Some of them are only 16, so it says a lot about what Castleford are working on here.

“I found it really good and there was a really good atmosphere, which is what I’ve heard all about here. It felt good to walk out to that and have a first hit out with the boys.”