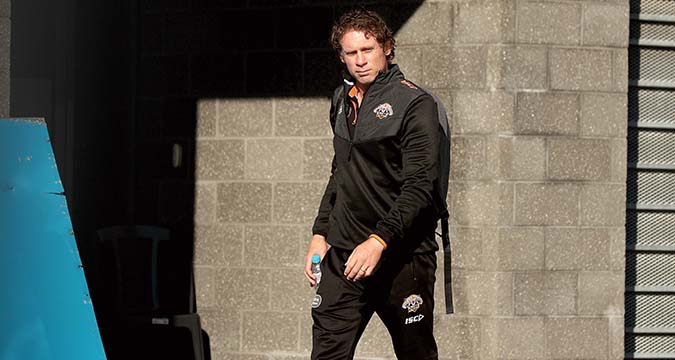 Hull FC coach Brett Hodgson is assessing his options for Saturday’s Super League game at Leigh as he counts the cost of Thursday’s win at Castleford.

The Black and Whites scored five tries to two in a 30-12 victory, but lost three players to injury.

They included Carlos Tuimavave (hamstring) and Cam Scott (shoulder), and with Josh Griffin out for the season due to the Achilles tendon injury sustained during the Challenge Cup semi-final loss to St Helens, Hodgson now has a shortage of outside backs.

It could lead to a chance for Fijian Mitieli Vulikijapani, the recent signing who has been recalled from a loan spell at Bradford.

“Carlos did his hamstring, Cam did what we believe to be his AC joint, and Bowden limped off at the back end with an ankle injury as well,” said Hodgson.

“We’ll have to monitor them. We were down to 20 fit players anyway, so it will make it difficult and we’ll have to make sure we strap in and give ourselves the best chance.”

Vulikijapani, who has played rugby union for Harlequins and Saracens, signed a Hull deal in April after being granted a release from the British Army.

He helped Bradford clinch Championship wins over London and York.

“We’ve done some work with Mitch Vulikijapani and he could be in the mix,” confirmed Hodgson.