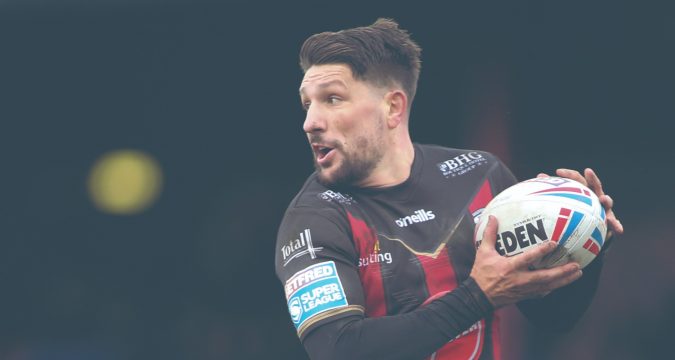 Steve Price says Gareth Widdop showed why he deserves his England call-up with his performance in the Super League win over Wakefield.

And the Wolves coach also hailed Josh Charnley, after the winger went over three times in the 38-18 home success to help his side bonce back from the disappointment of their Challenge Cup semi-final defeat by Castleford.

Widdop was also on the scoresheet with a try and seven goals, and Price said: “I am really pleased for Gaz. I feel like he has been the form player of the competition. He is going to be a great asset for England.

“Whatever he is doing, he needs to keep going. He is playing terrific rugby. I kept saying that whatever he does it is a reflection of the hard work he put in during pre-season.”

On Charnley, the coach added: “He has been down a little bit, but it was a reward for hanging tough and perseverance.

“He got some good clean ball, and I am just really pleased for Josh because he works hard at his craft and sometimes in this game it isn’t what you want, but tonight it was.”

The win was a boost as Warrington prepare to visit St Helens on Thursday.

“Previous to the semi-final, the boys had been playing some really good football and we can’t lose sight of that,” said Price.

“We had a bad day (against Castleford) and it was disappointing for everyone involved, but it just goes to show that we have a quality team and a quality group of men who care about the badge and that was a reflection.

“The first 25 minutes, I thought the big boys, Hilly, Coops and Philbin, set a good platform for us. We got some really good momentum in that final third and that reflected on the scoreboard. I thought there were some really positive displays.”