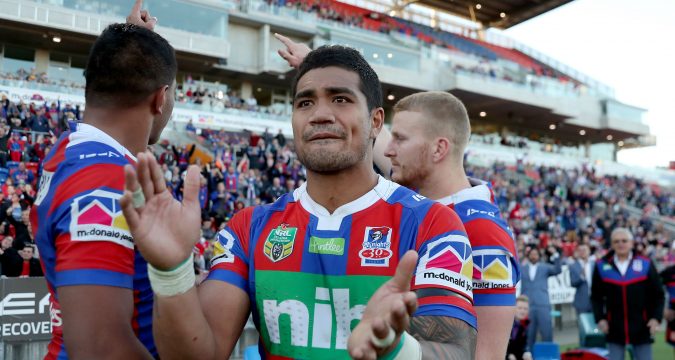 Mata’utia, who is a free agent after leaving Newcastle at the end of the season, is understood to have been offered a contract by Saints for next season.

One of three brothers at the Knights this season, the 26-year-old can play in a number of positions, including wing, centre and second-row.

League Express reported in August that Mata’utia was a target, and speaking to the paper, Holbrook admitted he was keen to bring him to the Totally Wicked Stadium.

“Pete’s a great player. I’m not sure if he’s going to stay in the NRL. But he’s a really good player and I think he’d be well suited, but whether he’ll end up with us I’m not too sure.”

Buy League Express today for an extended piece with Justin Holbrook on the club’s recruitment, including comments on out-of-contract star Dom Peyroux.