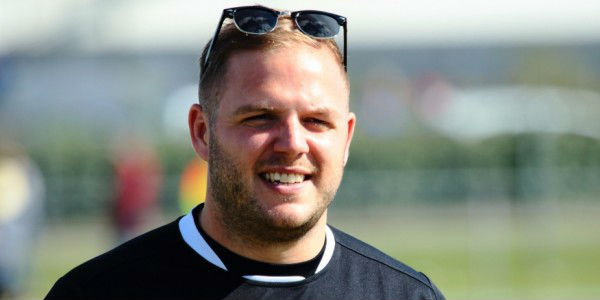 Newcastle Thunder have handed Jason Payne a two-year contract to remain as the club’s head coach.

Payne took charge of the club on an interim basis following the sacking of Mick Mantelli earlier in the season and guided them into the play-offs despite taking over with the club in fear of missing out on the top eight.

He will now be in control of the club moving forward as they look to build on their fifth-place finish this term.

Thunder Chairman Mick Hogan said: “We’re delighted Jason will be our head coach for the next two seasons after doing an outstanding job in 2017.

“He guided the team to the Super 8s and the promotion playoffs for the first time as Newcastle Thunder and made it a pretty easy choice to appoint him as head coach proper.

“He has been overseeing recruitment matters for 2018 and has retained the core of a good squad whilst identifying exciting new players to bring in and enhance the team and we’re all looking forward to the new season already.”

Payne added: “I am delighted to be offered the Newcastle Thunder Head coach job. It’s a very proud moment for me, I have been part of this club for over 10 years now and throughout this time I’ve faced many ups and downs. One constant over the years have been the amazing fans that stuck with us through everything and have accepted me into this position with open arms during my time as interim coach.

“I’m really excited by the opportunity that lies ahead and I know with the talented squad we have we are in a great place to take this club to the next level. This year was a step in the right direction but now all our focus is on continuing this progress and hopefully building this club into what I know it can be.”