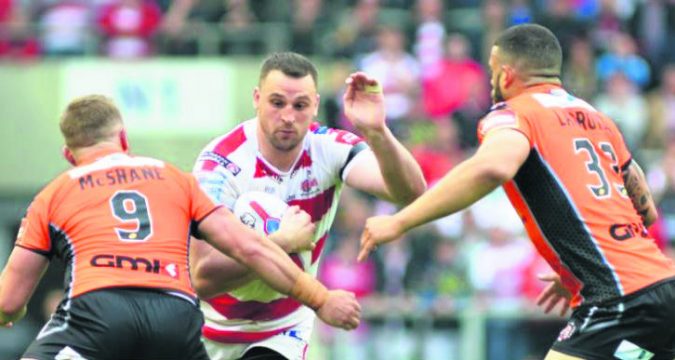 The 27-year-old has scored four tries in 16 appearances this season and has now agreed to stay with the club until the end of the 2020 season.

“I have known Sam since the first day he walked through the door at Leigh Centurions and since that time I have seen him grow as a player and as a person,” head coach Neil Jukes said.

“By Sam’s own admission he is not at the point where he is at his best but this contract gives him the ability to reap the benefits when he does that.

“Sam has the unequivocal support from myself and the staff to ensure he achieves his goals but like everything in life the outcome is down to the player.

“Given that, we are confident he can reach his potential as his form of late has shown what an outstanding player he can be for our Club in Super League.

“150 appearances have soon come about for Sam and you don’t get them by fluke. You get them by hard work.”

Hopkins added: “The last few days have been a bit of a whirlwind, but I’m really happy to have agreed the contract.

“Derek has promised me a sales job with his company when I finish my career as he told me it was the toughest negotiation he had ever had!

“Seriously though I feel as though I am approaching my peak years as a player and I now want to crack on with realising my potential and not giving myself any excuses for not succeeding at being at the top of my game.”