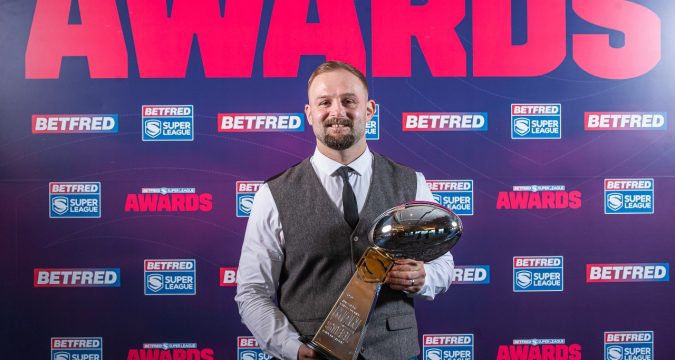 Paul McShane was considering a move to part-time rugby when Daryl Powell gave him a phone call.

After being shown the door at hometown club Leeds he was told he should consider options elsewhere by Wakefield, who were bottom of Super League at the time in 2015.

That’s when Powell got on the phone and changed the course of McShane’s career.

“When I was at Wakefield we were bottom, James Webster was in charge and I went into his office and asked him about plans for next year and the club were undecided, they had myself and Pita Godinet and one of us was going.

“I just thought ‘am I going to have to go part-time and find a job to help support my family’?

“I haven’t a clue what I would have done, I would probably have been a scrap man like my old man, but as a kid my heart was set on playing rugby.

“I was gutted and I really struggled up until speaking with Powelly and signing for Cas.

“As a kid I signed at Leeds at 16, supported them all my life and getting released by them hit home and I struggled until speaking with Powelly. I was losing love and confidence in my ability.

“But from the first conversation I had with Powelly, he was really positive in everything he was saying.

“At the time he said ‘you’re only at 40 per cent of your playing ability at the moment and I believe I can get the best out of you’.

“To hear that, when I was thinking I was done, it lifted me back up and gave me the love back.”

Now, he’s Man Of Steel, an accolade that left the hooker in tears as he accepted the award.

“It’s just an honour, with some of the legends of the game thinking I’m worthy of that award, it’s mental. I just want to thank my family, I couldn’t say it on the video, I couldn’t speak, but the sacrifices they made for me, I hope it makes them happy that their sacrifices paid off.

“In previous years we’ve lost key players and I’ve probably tried to take too much of an organising role and lost where I’m effective which is my running game. Powelly’s worked really hard to get me to run and run and run and been a big factor in my performances and I’ve enjoyed it, feel like I’ve got more worth to the team.”