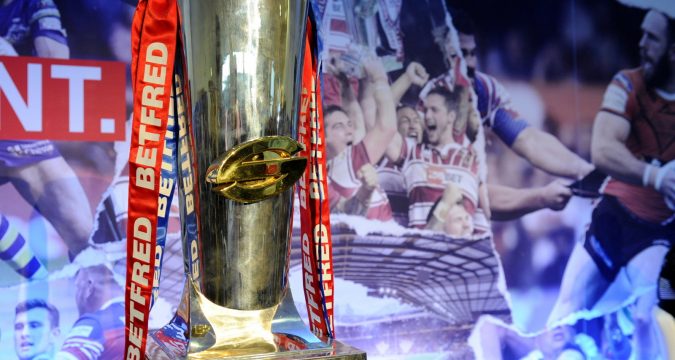 GARETH WALKER, the Championship correspondent of League Express, delves into the mysterious art of fixture compilation.

Every year, usually in November, the new fixture lists are published to a mixture of excitement, anticipation and occasionally controversy.

But what goes into the complex process of keeping a wide variety of clubs happy, and meeting the demands of as many requests as possible?

Rugby League World went to Red Hall to sit down with Gavin Wild, the RFL’s professional game delivery manager who is ultimately responsible for compiling the fixture list for all three competitions every season.

Wild – a former Keighley Albion and Silsden player who now coaches a boys and girls team in the local area outside of his job – has worked for the governing body since 2008.

“I’m just a fan of the game – it takes up a lot of my time and I don’t really do much outside of it,” he smiles.

Wild started working on fixtures in 2011, at a time when the RFL used to sub-contract the process out to a company in Canada. The decision was then made to buy the relevant software and bring fixture-compiling back in-house, where it has remained since.

The procedure starts once the RFL has a calendar for the following year in place, including key elements like the Challenge Cup schedule, Magic Weekend and any internationals. By September a request form will be sent out to clubs asking them to outline specific needs for the forthcoming season.

They can range from grounds being unavailable due to pitch remedial work, clashes with clubs they share stadiums with, or requests for home games on certain weekends.

“We never promise that we can meet all requests because ultimately for us it’s about getting a compelling and balanced fixture list,” Wild explains.

“We try to come to a middle ground without compromising that main ideal.

“Every club will have a request of some sort, but they can be as simple as asking for a straight-forward run of home and away fixtures. A complicated club might share their ground with other sports teams where they can’t play matches 48 hours before the other club, or have difficult relationships with their stadium management companies.

“We look to assist where we can but there is always a balancing act – you can’t meet all one club’s requests and none from somebody else. That’s not right and not how it should be.”

The fixtures have continued to be compiled by the RFL even after the administrative split with Super League, which has ultimately been beneficial according to Wild.

“Absolutely there have been more demands, but it’s been for the better,” he says.

“Us splitting apart, from a fixture perspective, has brought us closer together. We liaise closely over requests they have, because they want the fixture list to be compelling. One of the things the software we use can do is implement key games in certain areas of the year that Super League might have targeted.

“They also have some clubs in there that have stadium difficulties to work with in terms of when they can and can’t play, but because the relationship between Super League and the clubs has been so good, they can almost manage that on the clubs’ behalf.

“That was a struggle previously as I had to take those challenging conversations to each club, but Super League have become almost the buffer for that and in the two years since we’ve worked together they’ve been absolutely fantastic.”

Once that has been sorted, Sky Sports enter the consultation process, looking at the fixture list that has been drafted together before picking out their selections.

“You obviously have your traditional games – Magic Weekend is pre-selected, you have your derbies at Easter and there are rounds where you target big games to get some momentum going,” Wild says.

“When Sky come in is usually a week before we send drafts to clubs. Sky have to be aware when some clubs can and can’t play, and if they can help us out then they will always try. This year it just worked really well.

“Generally they want to have the big games on TV and that’s where we have to box clever and try and make sure those games aren’t hindered by issues around ground availability.”

Thursday night matches remain a hot topic for supporters and have reduced the number of Sunday fixtures in Super League, but Wild believes clubs have now generally accepted their presence.

“You get a lot of fans talking about Thursday nights and I understand that, but the clubs are used to it now and they just get on with it.

“It doesn’t make it complicated – once you’ve got a draft in place you then work through manually to make sure all the turnaround times are sufficient. That impacts clubs that traditionally play on Sunday, but they’re very used to that now. They’ll look to help us as well – everybody seems to be working more in harmony now.

“I’m not saying it was really difficult when I first started doing the fixture process, but at times we seemed to be far apart when we didn’t need to be.

“Now with Super League there to help, and the fact that I’ve known a lot of these CEOs for a good 10 years now, they understand what a difficult job it is and we try to help each other.”

TV matches mean that there is generally a lot more work goes into Super League fixtures than the Championship and League 1, although they have brought their own challenges in recent years due to the presence of Toronto and Toulouse in largely part-time competitions.

“Toronto was a difficult one at first, but we’re getting to a good place with them now and managing their expectations. When they first came into League 1 they played in blocks, but now they’re almost playing like everybody else is.

“They’re getting on board and getting buy-in from other clubs in terms of travelling and how they can get clubs back in a reasonable time to aid recovery, and how they can help fans. There’s a lot that goes on behind the scenes that I don’t even see but am aware of with them helping travelling clubs.”

There are, however, the occasional controversies that crop up – the most recent one being when Featherstone chairman Mark Campbell hit out at his club having to travel to Toulouse on a Wednesday night as part of the new Easter schedule. Campbell named Wild publicly when airing his grievances and said, “There’s obviously no thought whatsoever gone into it.”

Wild responds: “I’d been in contact with the CEO and had tipped him off about it. I said it wasn’t ideal. The chairman said what he said and I can understand his frustration ultimately, but over the Easter period somebody’s got to go to Toulouse and it’s looking who’s best equipped to do that. With less full-time teams available that’s more difficult to do.

“Toulouse go to London on Good Friday, and when it first came out even though games are moving to Wednesday that week we offered to put the Featherstone game on Easter Monday if that would help them so there’s no issues with fans going over. But they liaised internally and said they were happy to go on the Wednesday.

“Those are the things the fans don’t see going on in the background – talks are going on all the time. You just have to accept that some criticism will come your way. You can never get a fixture list that everybody wants.”

Another issue for supporters has been the late changing of fixtures in the latter stages of the season for television purposes.

Wild explains: “Me being a fan of the game I understand the frustration, but I think that Sky get that now and Super League as well. We do try and make it quicker. The current contract was in place, but there are new people now working at Sky and because they’re not used to a way of working from the past, they have actually come to us and asked how they can help us.

“Pitch remedial work at stadiums is probably the biggest challenge overall. We’re trying hard to get that right with the clubs, it affects a lot of them at all levels. Nice early communication with the clubs helps and we try and help them without affecting the other clubs too much.

“We’re getting to a better place with fixtures overall. It used to be a very stressful time for me but I just feel better about it every time it comes around now.

“I get some CEOs saying we’ve done a really good job with it and that is nice. Then there have been moments you look back and wonder if you could have done better or worked it differently.

“Sometimes you have to accept that a suggestion a club makes is a better way of working it. I have a really good relationship with a lot of the CEOs now and most of them are happy to try and help us.

“I don’t want us to get complacent but I think everybody is working together now. I know we’re not going to please everybody with fixture lists but if we can safely say that there has been liaising with all stakeholders in the process – it’s not just me banging away on a computer – then hopefully people understand that everyone is trying the best they can.”