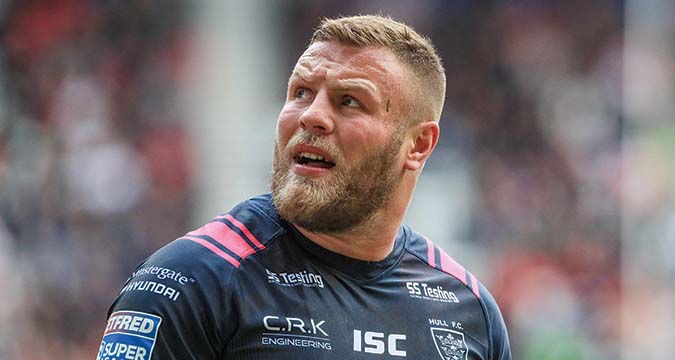 Jones joins the club from Hull FC on a one-year deal for an undisclosed.

The move will see him reunite with former coach Ian Watson after the pair worked together at Salford, reaching the 2019 Grand Final.

“Knowing Josh from my time at Salford, I know just how good of a player he is,” Watson said.

”What he’ll bring to the club is genuine quality, which has been key to all our moves and a winning mentality. At Salford, he increased the intensity of training and the way in which we trained, and changed the way we went about match situations.

“He’s extremely competitive, he offers attacking prowess, offloads and a quick play-the-ball. He’s also one of the best defensive players in the competition, he really understands the game.”

Jones added: “I’ve known for years that the club has had a great infrastructure and base here. Speaking to Richard Thewlis, I was really keen to come over with Ian Watson and Greg Brown arriving and I’m impressed by the ambition of the club.

“There’s a great base here to win something and compete, and Ian Watson spoke to me about his goals and the clubs ambition, which really drove me to come and sign here. I’m excited: I can’t wait to join up with the boys on January 4th and get going.

“The thing I like most about Ian Watson is that he is a winner. He wants to win and that’s why we built up a good relationship over the last few years and he pushes his sides to achieve that. He’ll back his defence and he’s not come here to be a mid-table team. We’re here to challenge and that’s what attracted me here – There’s lots of potential.”