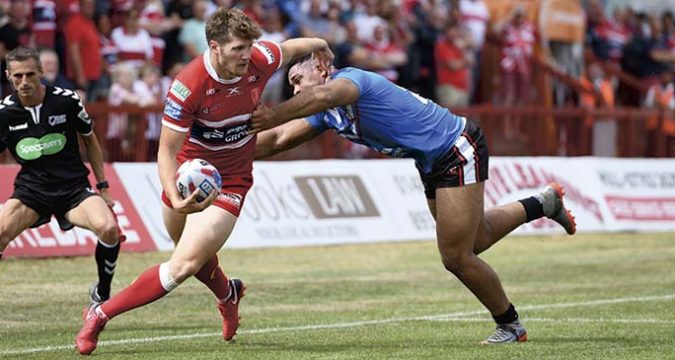 Leigh Centurions winger Ryan Shaw is set for a long move to a part-time club.

The former Hull Kingston Rovers winger has decided against turning full-time with the club following their promotion to Super League and the club are actively searching for a season-long loan.

Shaw is currently undergoing an apprenticeship outside of rugby and will be focusing on that rather than turning full-time.

It’s believed a number of clubs at the top-end of the Championship have been offered his services.

Tom Spencer and Iain Thornley, who were both part-time with the club, have now signed full-time deals.

Widnes Vikings are believed to be among the clubs that have been offered the 28-year-old’s services.

Shaw has made over 160 career appearances, most notably playing for the Robins over four seasons between 2016 and 2019.