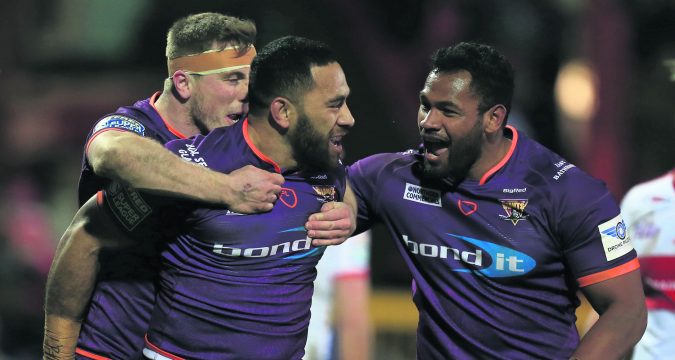 Huddersfield Giants will be the first UK club to return to training.

The Giants players will report back to the club on Saturday after coming to terms on revised cuts.

Coaching staff will also return to the Giants’ Training Centre tomorrow, with the club putting all safety protocols in place.

They were the first club to be tested earlier this week and everyone’s results came back negative, meaning they are all free to return tomorrow.

Everyone has taken a Covid-19 awareness course and will be temperature tested tomorrow before being allowed into the club’s facilities.

As a result, all players and coaches are off furlough from tonight.

Catalans Dragons players have already returned but the Giants will be the first club in the country to do so.

It will be well-received news to supporters of all clubs. There has been a growing fear that Super League’s restart could be compromised due to the disputes running rife across clubs.

And TotalRL understands a total of five clubs have now come to an agreement with their players, with a sixth club expected to finalise their arrangements over the weekend.

That said, there are still a variety of issues at several clubs with discussions at a stalemate. One club has not even started its talks with players.

League Express will publish pictures from the Giants’ return to training on Monday.