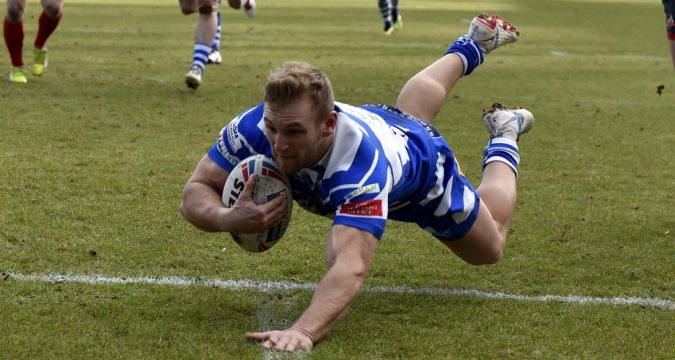 Huddersfield Giants have bolstered their squad ahead of this week’s transfer deadline after completing a season-long loan move for Halifax hooker Brandon Moore.

The Cumbrian has emerged as one of the Championship’s best players in recent years having come through Fax’s reserve grade system.

A former Castleford Tigers Academy player, Moore will provide cover for the Giants at hooker with Adam O’Brien likely to miss the rest of the season with a neck injury.

But the 24-year-old will join the Giants squad imminently to help them for the rest of the season.

Luke Robinson said: “We’re really excited to have Brandon be a part of the squad and extremely happy to bring him in before deadline day. The reason we’re bringing him in is due to the injury to Adam O’Brien leaving us light in that position – bringing someone in to give us a little bit more depth in that position.

“I’ve seen him on numerous occasions: watching lots of Halifax in the Championship and coaching Siddal U10’s side with Simon Grix. I speak to him quite regularly and he has nothing but praise for Brandon.

“I feel that he fits in with the qualities we want in the club; his work ethic is second to none, he’s a quality defender, he’s fit as a fiddle and he’s a good lad. By bringing us those qualities, he’ll make us a better squad and will provide depth around our pivots in case we pick up any injuries.”

Few deadline deals are expected in the final few days of the window, with most clubs happy to run with what they’ve currently got at their disposal.