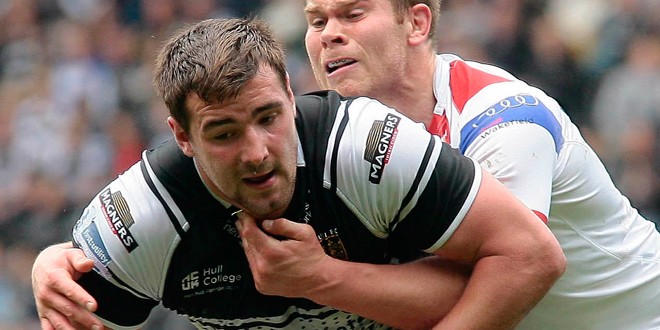 Josh Bowden, Dean Hadley and Chris Green have all signed new deals with Hull FC until the end of the 2019 season.

All products of the club’s academy system, the trio have established themselves in the first-team this year and become unsung stars in Lee Radford’s side promising side.

“We’ve been really impressed with their progress as individuals and as a collective they have started to push the club forward,” said Lee Radford.

Thanks for the messages about the new deal, I'm honoured to be a part of this great club going forward and playing infront of the best fans!

“At clubs such as Wigan and St Helens, they endeavour to build success with local lads and that is what we want to do here. I believe with the likes of Chris, Dean and Josh alongside other Hull boys such as Danny Houghton, Scott Taylor and Jamie Shaul amongst others, we can emulate that.

“From day 1, I have aimed to fill the team with local players with an injection of overseas internationals and I think we are starting to see that form.”