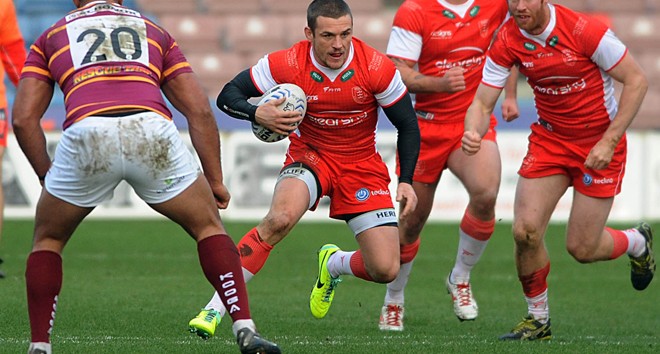 Hull KR have been dealt a double injury blow ahead of their late play-off push, as both Ben Cockayne and David Hodgson will miss the remainder of the season due to injury.

Cockayne has been forced to undergo surgery for an ankle injury, whilst Hodgson needs an operation for a neck injury – which could potentially end his career, coach Chris Chester has said.

“We lost Ben last week and he is gone for the season,” Chester told the Hull Daily Mail. “He tore a ligament in his ankle which will probably need an operation.

“Dave went for an operation on his neck on Monday. That’s him done for the season and it’s doubtful if he’ll play again.

“It was quite a nasty injury to his neck and retirement could come a year sooner than he would have liked. But it’s his decision. He knows his own body and we’ll respect his decision.

Chester did confirm he could remain at the club in a coaching capacity if he does retire, saying: “I’ve spoken to him about being part of the coaching staff next year, especially looking after the young kids. He’s vastly experienced and it would be silly not to tap into that experience.”