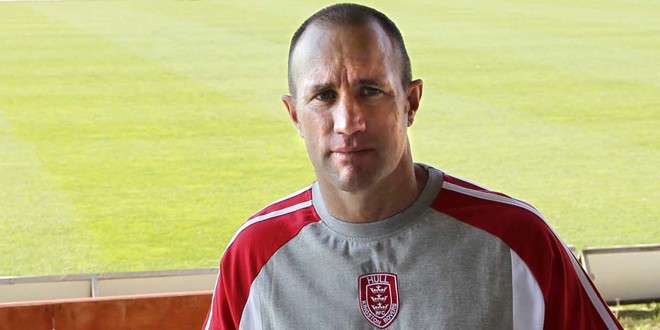 Hull Kingston Rovers Head Coach Craig Sandercock may have a selection dilemma or two this weekend with both Craig Hall and Greg Eden hopeful of being available for the Tetley’s Challenge Cup tie against Warrington at the KC Lightstream Stadium on Sunday.

Hall has been sidelined since damaging a testicle at St Helens a month ago, while Eden has missed the last two games with a broken toe. They’re both pushing to be fit for the visit of the Wolves, although Jamie Langley looks likely to be absent again with a hamstring injury.

“Greg Eden and Craig Hall trained lightly today so hopefully they’ll be available for selection,” Sandercock said. “Jamie Langley’s hamstring problem is only a minor one, but at this stage we don’t think he’ll be right for this week.”

If Eden and Hall are declared fit and available, the Robins’ boss will have some decisions to make as he plots to guide his side into the fifth round draw.

“When you’re winning games and playing well, it is hard to make changes,” he added. “We’ll assess it all and once we have a final decision on Craig [Hall] and Greg [Eden] we’ll then look at what is best for the team. We’ll sit down later in the week and pick a side that we think is the best one to do the job against Warrington.”