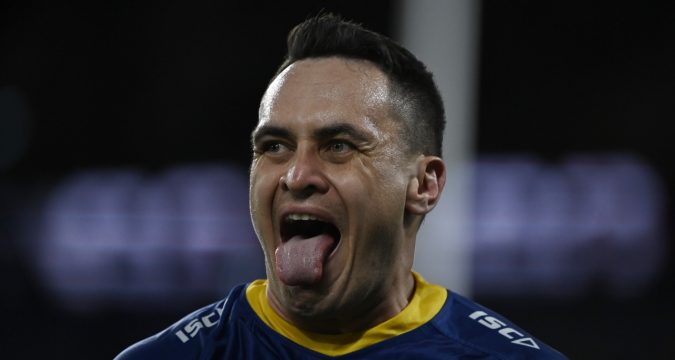 Hull Kingston Rovers have set their sights on Brad Takairangi.

TotalRL understands the Parramatta Eels forward has emerged on the Robins’ radar, but they face competition for his services.

Huddersfield Giants and another unconfirmed club are also interested in the 31-year-old, who is open to a move to Super League.

Takarangi, predominantly a back-row, has made 178 NRL appearances spanning over 11 seasons. He is a free agent after not being offered a new deal by the Eels.

The New Zealand and Cook Islands international is now to set to consider his options before deciding on which club to join.

Meanwhile, the Robins are set to sign Luis Johnson from Warrington in a swap deal that will see Robbie Mulhern move the other way.

A deal is thought to be agreed in a deal that will be a straight swap and no transfer fee involved.

Mulhern, who earned international recognition with the Robins, has spent five years with the club.

But he is now heading to the Wolves who are looking to bolster their pack for the long-term.

Johnson has recently been offered to clubs and will now join the club he spent a loan spell with last year.