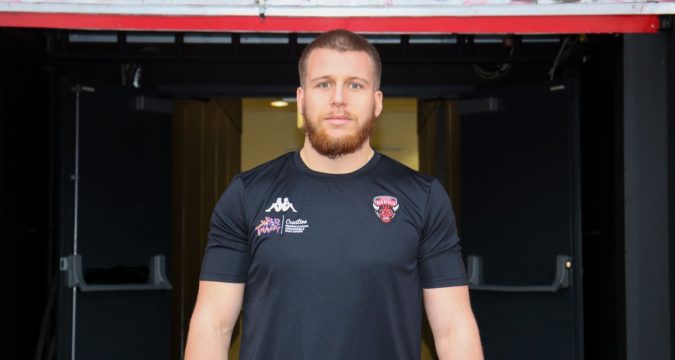 Salford Red Devils have confirmed the signing of outside back Matty Costello.

The 22-year-old joins the club from St Helens, where he started his Super League career.

Named the Championship Young Player of the Year in 2018, Costello will link up with Richard Marshall, the new Red Devils head coach who was assistant at Saints last year.

“I’m pleased to be joining up with Rich again,” he said.

“He did a lot with me at St Helens and brought us on there. We had a meeting now we’ve both joined Salford and I’m sure he’ll be looking to do the same here.

“There’s a lot of players with international experience in the backs as well, so I’m sure I will learn from how they train and play too.

“I’ve always enjoyed playing against Salford. They’ve been tight games where the crowd has been really loud, so I can’t wait to experience more of that next season.”

Marshall added: “Having worked with Matty a lot over the last two years, I’m really pleased to be working with him again.

“His versatility makes him a valuable asset for the squad and he showed what he is already capable of with some impressive performances this season.

“This is a new challenge for him, so he will have to knuckle down in preseason and force his way into an established backline.”