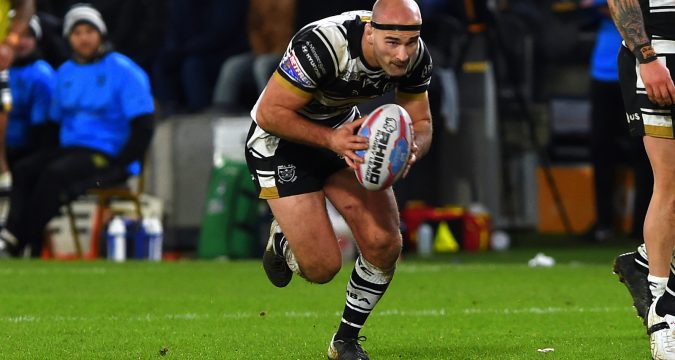 The interim coach revealed last week that he had implemented a system of fines to ensure the Black and Whites’ playing squad were being held accountable for their actions on a daily basis.

Houghton, who admitted to falling foul of the system already, said it had helped instil a different environment within the camp.

“That was one of the biggest things that needed to change,” Houghton said.

“I think everyone’s application and how they’re going about things is top-drawer at the moment.

“We’re only in our second week of training, so that’s going to be the test, when boys start getting tired and fatigued later in the year; that’s when the standards need to be kept high and the senior boys need to drive those standards and make sure we don’t slip, because we’ve tended to slip too often in previous years.

“It’s a big thing moving forward for this group to get to the next level and competing where we were.”

When asked to elaborate on punishable offences, team-mate Josh Griffin butted in and said: “Breathing!”

“Yeah, you’re not allowed to breathe in camp so that’s a big problem for all the boys,” Houghton joked.

“But no, just tightening things up really, not leaving things lying about, not being late for appointments, being on time for training, all those small things.

“We’re just trying to tighten all those little areas to make us more accountable for what we do on a daily basis, rather than letting small things that don’t count too much slip in, which in the past has maybe had an effect on the field.

“It’s been good and the boys have bought into the changes.”

Hull will be without vice-captain Scott Taylor for their first game back against Salford at Headingley on Sunday (1.00pm). Taylor picked up a back injury in training and could be missing for several weeks.

Fellow prop Masi Matongo will also miss the game with a shoulder injury suffered in training, but he is expected to be available again later this month.

Other members of the squad appear to have fully recovered from long term injuries that were suffered prior to the enforced lockdown.

Jake Connor is fully fit after suffering a knee injury against Catalans, while Bureta Faraimo has recovered from a hernia operation which took place before the break, and fellow wingers Adam Swift and Ratu Naulago have both recovered from hamstring injuries.