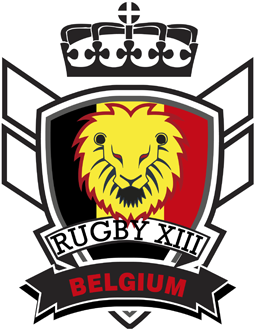 The Belgian Rugby League Association has announced the launch of its first-ever rugby league club competition, with four clubs participating in the Belgian Super League, which will end with a Grand Final on 25 June, 2016.

Eagles RL and Cens Academy of Molenbeek, North Brussels Gorillas and East Brussels Broncos make up the competition, with each club playing the other twice.

“It is a big step forward and the board has a lot of ambition,” revealed BRLA president Yves-Michael Kazadi. “In Belgium, sport recognition is hard since we have no national government sports agency like in other countries.

“Sport funding is a regional decision so each sports league here depends on either Flemish or Brussels-Wallonia support. It’s like expanding in two different regions separately for the same nation.”

Having begun forming rugby league clubs in April 2014, the historic first season kicks off next Wednesday (18 November) in Brussels.

The Gorillas won the first ever BENE Cup earlier this year, beating three Dutch sides to the silverware and the experience has encouraged the BRLA to begin its own championship, while still collaborating with their counterparts in the Netherlands.

Kazadi, who was attracted to the sport while studying in London, added: “We want to enjoy the sport that fulfils our inspiration.”

The BRLA clubs have been successful in attracting athletes from other disciplines, especially combat sports, and the playing population is athletic and young. Other clubs, such as Ath Giants, are also in existence and training young players.

The Belgians are also in close contact with Paris’s rugby league committee to arrange some exchange matches throughout the 2015-16 season. In addition, the Belgian national team played five full internationals in 2015 under technical director Tony Benson.

“My view from last season is positive,” continued Kazadi. “Tony joined the team and gave us a lot of advice. In order to assess our progress we faced different styles in Holland, Czech Republic, Malta and Ireland and in if you compare it to our first game in 2013, against Spain, you can see wonderful improvement.

“At this stage, our focus is on training and consolidation. In addition, we want to teach the history of rugby league. We will continue to find new talent and I hope that that in 2021 we might be a good contender for qualification to the World Cup.”