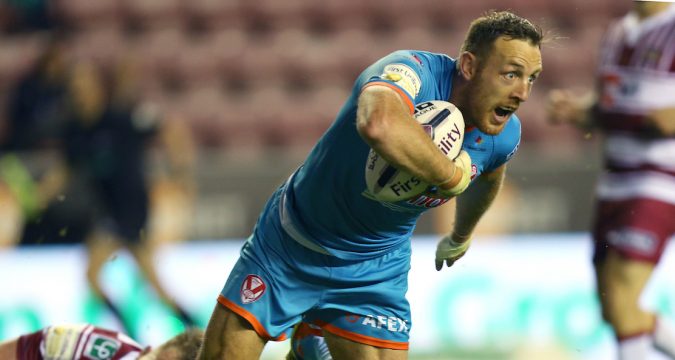 Roby, who has only recently returned from World Cup duty with England – where he helped guide his country to the final for the first time in 22 years – will take over the role from Jon Wilkin with immediate effect.

Holbrook explained that while Wilkin has been a fantastic ambassador for the Saints as captain, the 34-year-old’s opportunities for regular games will be limited this coming season.

And that, combined with Roby getting the chance to captain his boyhood club, has resulted in Holbrook making the change.

Holbrook explained: “I want to thank Jon Wilkin, he’s done a fantastic job over the last three years. He’s a very busy man but he always puts the club first.

“There’s two main reasons why I’m going to make a change. One is that Wilko will play limited game-time this year and I want our captain to be on the field for the majority – if not all – of our minutes this year.

“Then I think James deserves to captain his club, and if he doesn’t do it now, he may never do it. I think Robes is a perfect fit for our club and I’m really looking forward to him captaining us this year.”