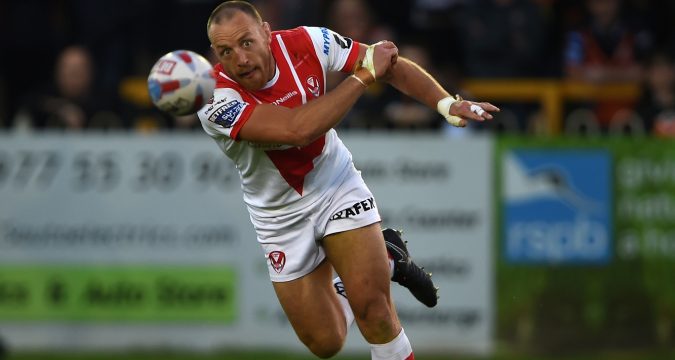 St Helens hooker James Roby has insisted he has no potential retirement date in his plans following another masterful performance over the weekend – saying he believes he can still play for several more years yet.

The 32-year-old as the Super League leaders became the first team to win at Wigan in 2018, extending their lead at the summit in the process.

Roby now leads the Albert Goldthorpe Medal table and shows no signs of slowing down – and the hooker told League Express he hasn’t pencilled in a date to finish playing.

“As I’m getting a bit older, I know that I might need to have to start changing bits in training to ensure I’m fresher on a weekend,” he said.

“But I feel fine; I’m 33 at the end of this year and maybe I can do a (Cristiano) Ronaldo and go on for a while yet!

“I’ll see how the body holds up because I’ve been lucky with injuries – but I don’t want to be one of those players who feels their career declining. I want to finish in good condition.”

Roby has also insisted that he has no plans to follow in the footsteps of former England team-mate Kevin Brown.

Brown retired from international rugby to attempt to prolong his club career – but Roby says that given the state of the England setup at present, he has no desire to step away from being selected for the national side at any stage.

He said: “I would have said differently a couple of years ago and I was really debating doing it, but I’m enjoying playing for England again and I’m realising you’re a long time forgotten in this game.

“I may as well make the most of it while I can; I’ve got the chance to go to places like Australia and Denver, and we’re making great strides as a group.

“We fell just short at the World Cup and while I probably won’t play at the next one at the age of 36, I’m loving being a part of the England setup. I don’t think I’d ever sacrifice that for a little bit more club rugby.”