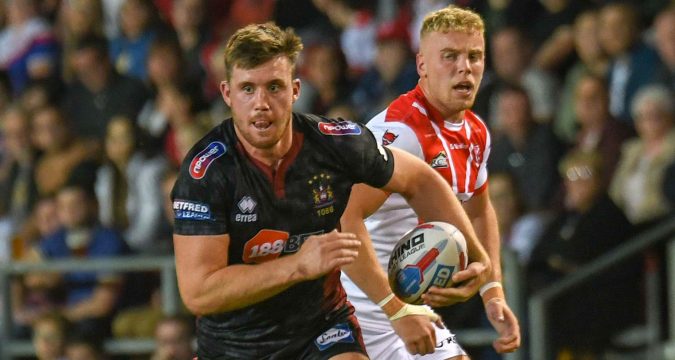 Joe Greenwood has returned to Wigan Warriors after his two-month loan deal with Leeds expired.

The back-rower didn’t make a single appearance for the club during his time at Emerald Headingley, with the majority of his spell being spent in lockdown.

The former St Helens and Gold Coast Titans forward will now return to his parent club.

“Firstly, I would like to wish Joe all the best for the remainder of the season with Wigan,” Leeds’ Director of Rugby Kevin Sinfield said.

“He has been the ultimate professional throughout his time at the Rhinos especially during an unprecedented period of change. He has been a popular member of our group. Unfortunately things have not worked out and we have had to make a financial decision whilst we are on lockdown however he leaves with our very best wishes.”