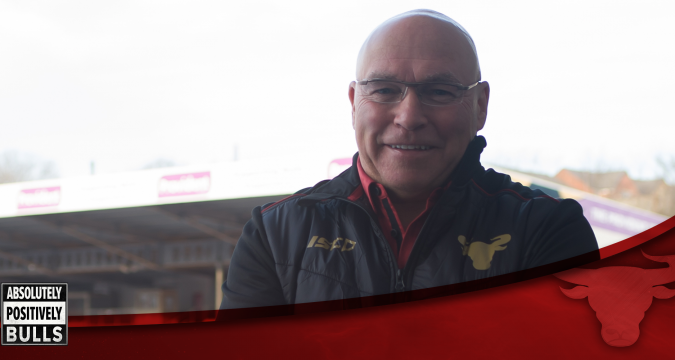 He’s the new man in the hotseat at Odsal – but John Kear has revealed how he almost became coach of Bradford Bulls several years ago.

Kear was unveiled as the Bulls’ new coach on Tuesday on a three-year deal – a story revealed in League Express this past Monday.

However, the legendary 63-year-old has admitted he came close to the top job at Odsal in the past.

He said: “It was a number of years ago but obviously I was unsuccessful then. Thankfully everything has fitted together this time and I really am excited.

“It’s a unique challenge. It’s an iconic club but the last few years have been tough for anybody connected with them.

“To be charged with the task of bringing an air of stability and improvement on the playing front is fantastic and a great project.

Kear also admits that, in their maiden season in League 1 next season, he knows everyone will be out to become the first team to knock the Bulls off.

“I’ve seen the reward posters,” said Kear. “We’re the Bradford Bulls and we’ve got a bounty on our head!

“We need to realise we are going to be challenged. We’ve got to make sure we’ve not just got the ability but the attitude week in, week out to turn out and play really good rugby league.

“That’s the only way we’ll manage to win games at this level. Keighley, York, Hunslet, Doncaster, Oldham, Whitehaven, Workington will all fancy having a go at us.

“They’ll be wanting to be the first club to turn us over. We’ve got to stand up toe-to-toe with them, look them in the eye and say ‘right, you’re after us, see if you can get us.’

“It’s very similar to Tim Sheens. He was at Salford in a similar role to what I did at Wakefield and the lure of the head coach took him to Hull Kingston Rovers.

“Tim adapted a very pragmatic approach because Hull KR were the hunted last year and they handled it very well. We need to do something similar here.”