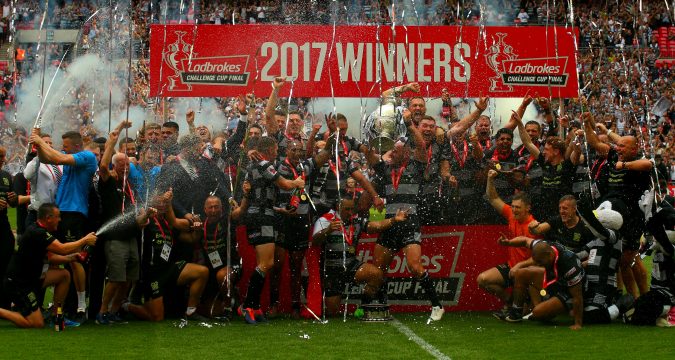 The draw for the Ladbrokes Challenge Cup first round took place on Tuesday evening – with a mouthwatering all-London tie being drawn out for the first time in the competition’s history.

And the iconic duo picked out a London v London affair, as London Chargers were drawn at home against Hammersmith Hills Hoists in the undoubted tie of the round.

Elsewhere, Scottish champions Strathmore Silverbacks will travel to Cumbria to face Millom in the opening round on the road to Wembley, while West Hull will welcome the first Irish side to enter the cup since 1998, Longhorns.

All first-round ties will be played over the weekend of January 27-28.