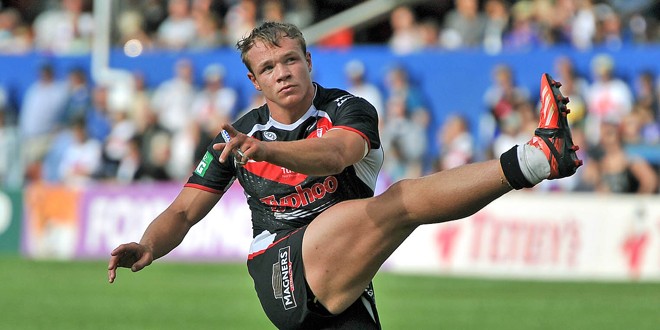 The 23-year-old has signed a four-year deal that will see him stay at Langtree Park until the end of 2017. In his short time with the Merseyside club he has already amassed 101 first-team appearances, scoring 48 tries, 101 goals and two field goals.

“It’s a real thrill to commit my long-term future to my home town club,” said Lomax.

“Particularly at a time when the future of the Saints is looking so good and when Super League is clearly going from strength to strength.

Saints’ Chairman Eamonn McManus said: “This is a major boost for St.Helens and, on the back of other very recent extensions for our top young British players, a ringing endorsement of all the fantastic commercial and financial strides that Super League and rugby league have recently achieved and will now continue to achieve.”

If you’re not familiar with the skills of Jonny Lomax, watch the below video to see him at his best. Whether in the halves, on the wing, or at full-back he’s one of the best young players on the planet.