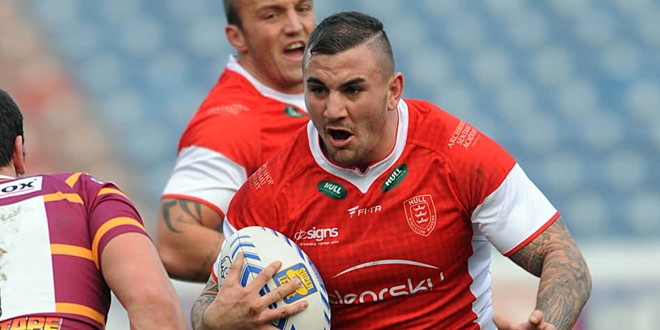 Young Hull KR prop Jonathan Walker is set for eight weeks on the sidelines after picking up a knee injury in last weekend’s loss to Castleford.

“Jonny has damaged the MCL (medial colletaral ligament) in his knee which is disappointing,” coach Craig Sandercock said.

“It’s not the knee that he’s had trouble with in the past, it’s his other one, and it looks as though he’ll be having eight weeks on the sidelines.

“Omari Caro also has a bit of an issue with his hand and he is a doubt for Friday. We’ll have a look at him later in the week.”

It’s not all doom and gloom for the Robins, though – Sandercock confirmed that Jamie Langley, Justin Poore and Mick Weyman have all returned to full training for Friday’s trip to table-toppers St Helens.

“They’re all raring to go and having three players of their experience available again is massive for us. We missed them last week and had a very inexperienced forward pack out there against Castleford which wasn’t ideal,” he added.