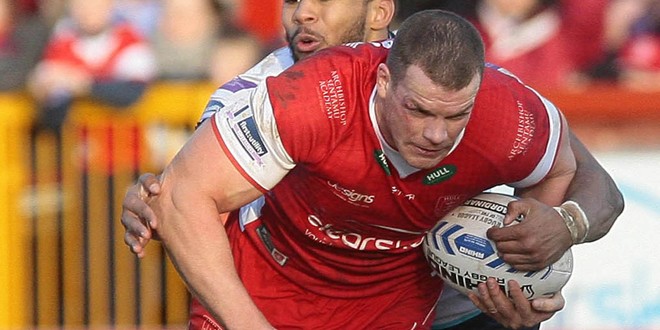 Hull KR back-rower Jamie Langley looks to have recovered from a head injury sustained against Huddersfield at the weekend and is in line to play against Castleford on Friday night.

The former Bradford Bulls forward was stretchered off just before half time in the 24-24 draw but was up and about before the final whistle.

Coach Craig Sandercock said: “Jamie was heavily concussed at the weekend but seems to have recovered really well.

“He’ll do the appropriate tests later in the week and we’ll also consult the doctor. If Jamie gets the all clear to be involved then he’ll definitely be playing.

“I spoke to him after the game at Huddersfield and he seemed coherent. He also hasn’t had any headaches so we’re quietly confident that he’ll be right to play which would be a big boost. Jamie is one of our senior players who is very valuable to us so I’m hoping that he’ll be right for the weekend.”

Ben Cockayne also spent a lot of time off the field at the weekend after gashing his cheek but is available for selection.

“Ben has half a dozen stitches in there but there are no drama’s with him and he’ll be fine to play,” Sandercock added.

“Everyone else who played last weekend should also be available.”