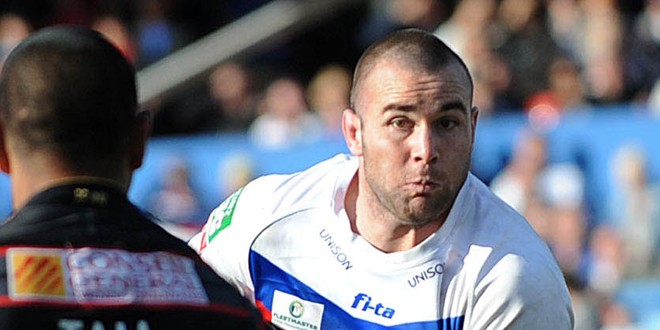 For prop forward Justin Poore, who has made the relatively short journey from Wakefield Trinity Wildcats to Hull Kingston Rovers this winter, the new season cannot come soon enough.

“I’m very excited and really happy to be at Hull KR because Sandy [coach Craig Sandercock] has given me a fair bit of responsibility,” Poore told League Express.

“The professionalism is unreal; Sandy is really good at taking the pressure off players and just taking things week to week. I’m really enjoying it and that’s a good thing.

“He wants me to lead by example and wants me to rub off my experience onto some of the young fellows – he wants me to show them how to last a long time in the game. To teach them about recovery, how you eat and the day in and day out stuff. I have been lucky enough to play NRL for ten years and he wants me to help teach the young fellas and help them improve themselves, just like I was helped by older blokes when I was young.”

With 19 or more games in all bar one of his seasons in the NRL, Poore brings plenty of respect from a career that also includes New South Wales State of Origin honours.

“I’ve had injuries and was lucky enough to have the surgery in the off-seasons and not miss too much footie,” he added, although complications from a knee clear-out operation meant that Poore played just four games in 2011.

“It’s a pretty bad place to be in when you miss a year of footie because you don’t know if clubs want you; but I came back better and I’m thankful that I went through that. If that injury hadn’t happened I wouldn’t have been in dark spaces and wouldn’t be able to help other people now.”

Helping other people is an apt turn of phase. That’s just what Poore decided to do in 2008 and 2009 as he journeyed to Rwanda in Africa.

“I’d always wanted to go to a third world country and got the opportunity to go there through a church charity. And it has surpassed anything I’ve done in Rugby League,” he claims.

“The charity was linked to Parramatta Eels, and I got an opportunity to jump onboard. It was unreal to see how happy kids were to kick a paper soccer ball around, compared to people being unhappy in advanced countries with so many material possessions. It was a good wake-up call.”

Poore helped with some building work, but modestly plays down his role in a country that had been torn apart.

“We just laboured and helped carry the bricks. It was nothing high spec, and we were just trying to help in any way that we could.

“You learn about the genocide and here stories from people who got through that; it was one of the best things I’ve done in my life, and it was good to let the Rwandan people know that the rest of the world knows what happened. One day I want to go back and take my wife with me.

* The Hull K R Supporters Association are hosting a Meet and Greet New Signings and Legends Night on Thursday 16 January at Craven Park, starting at 7.30pm (Admission price is £5 and includes a buffet with tickets available at the club shop or on the door on the night). All the money raised is going towards Rovers’ youth development.