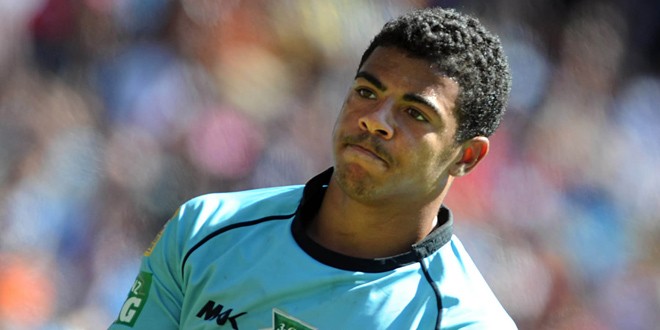 London Broncos winger Kieran Dixon has finally found light at the end of the tunnel in his recovery from a crippling knee injury.

“Around June or July time is what I’ve been told, but it might be a bit after that,” he told Total Rugby League.

“Obviously I don’t want to come back early and injure it again. The only goal is to recover 100 per cent. If that means delaying my return a bit then I have to do it.”

Dixon took the first steps to recovery last week when he started running again, at 70 per cent intensity on an anti-gravity treadmill.

“It was a massive relief,” he said.

As if recovering from a serious injury wasn’t frustrating enough, Dixon’s rehabilitation period coincided with the Broncos’ demise, and he was forced to sit by and watch as his side fell apart and many of his team-mates left for pastures new.

“I think it was tough for the boys that were left here, not knowing what was going on, not knowing whether you’re going to have a job the next day,” he said.

“It was kind of frustrating and obviously we weren’t allowed to do anything about it as we were contracted at London until anything happened so it was kind of a bad situation.

“I’m just happy that they managed to pull something together but as you’ve seen with the results it’s not gone too well so far.”

Dixon doesn’t think a first win is far away, though, especially after the Broncos took Wigan close on Friday night.

“The results have been improving from the beginning so I don’t think it will be that long until you’ll see us win,” he said.

“The Wigan result was encouraging. People have been writing us off for the whole season, I’ve seen on TV the commentators say they will be surprised if we win one game, which is kind of hard to hear.

“You don’t want to play the game to not win, but we’ve got, I feel, a team of good young players and we just need a bit of experience now, which would help us, but it’s always going to be hard to get good-name experience with what has happened at the club.

“I think everyone is happy, though, they know they’re not far from clicking and once we click we will challenge teams more and hopefully we can win fairly soon.”

Dixon paid tribute to some of his old team-mates who have gone on to succeed at other clubs, mainly Michael Channing (Castleford), Tony Clubb (Wigan) and Dan Sarginson (Wigan).

“People move on all the time and to see them move on and do well it can only make anybody smile,” he said.

“To see your mates move away, join a new club, fit in and play well. It’s good to see, I couldn’t be happier for them.”

Dixon is out of contract at the end of 2014, which puts him in a precarious position given his long-term injury and the very real threat of relegation hanging over the club from the capital.

He said: “Obviously I’ve been out for a lot of the season so all I can hope is that my previous performances and form can pull me through.”