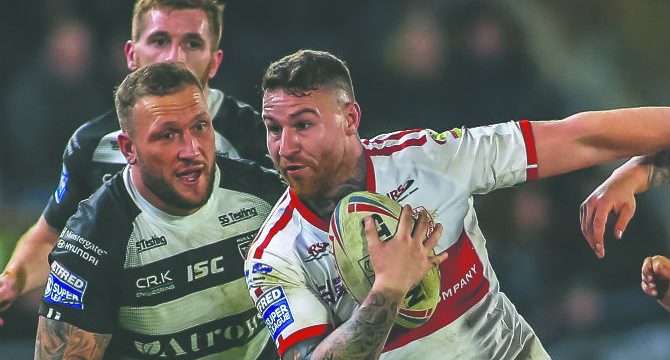 The Red Devils, who field a weakened side four days ahead of the Wembley final, had suffered further disruption after two further positive Covid-19 tests in the build-up.

But they almost overcame the Robins, who ultimately prevailed to leave Wakefield outright bottom of the table.

Their early pressure was rewarded when Mikey Lewis scored on 18 minutes before Connor Jones hit back for Salford.

Ben Crooks scored before half-time to give the Rovers a 12-6 half-time lead, though Salford pegged Rovers back again as Luke Yates rampaged over.

A controversial penalty try saw the Robins hit the front again as Olly Ashall-Bott was adjudged to have pushed Lewis, before the Salford fullback made amends with a solo effort.

For the fourth time, Hull KR went ahead when Jordan Abdull scored, but not to be denied, Ed Chamberlain struck bad for the Red Devils once again.

However, Salford had no time to respond when Ellis scored after the hooter to give Hull KR their first win in six games.