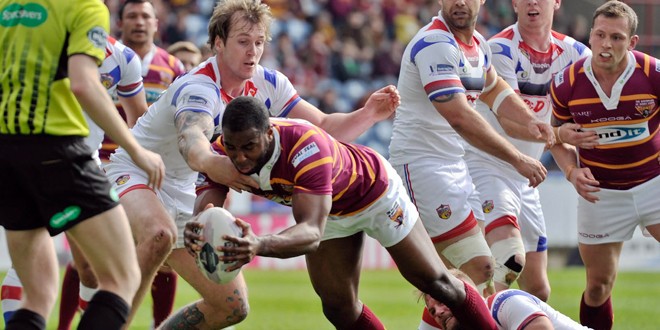 Huddersfield Giants star Michael Lawrence has revealed he’s on track to be fit for the start of the Super League season in February, after saying everything is on course with his recovery from injury.

Lawrence was forced to go under the knife after suffering ruptured ligaments in his wrist during the 2014 season, but is now well on the way to recovering from that setback. And the 24-year-old told the Huddersfield Examiner that he is even hopeful of squeezing in a pre-season friendly, such is his rapid recovery from the injury.

“Everything’s on course for me to be available for the start,” said Lawrence.

“The surgery’s gone well, and everyone’s pleased with the way things are progressing. My all-round fitness is pretty good, it’s just a case of building up the strength in my wrist, getting back out onto the training field and testing myself out in the full-contact work.

“At this stage, I don’t know if I’ll be 100% for the first trial game at Bradford Bulls on January 18, but there should be no problem for the game at Halifax a week later.

“Like everyone else, that’s the day when I’ll be looking to prove I should be in the opening Super League game against Hull.”