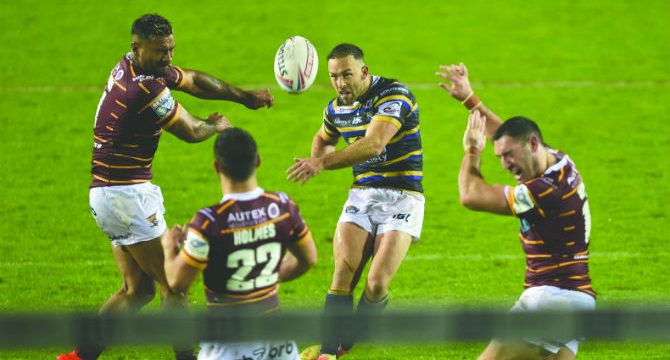 PUT HOME DEVELOPMENT FIRST
The current Toronto situation demonstrates our inability to grasp the process by which growth and expansion takes place.
Believe it or not, we have made progress in this game. If we go back to the early 1980s Rugby League was much more parochial in Australia than now. The NRL as it was then, was a league of twelve sides, all in Sydney.
The game was, of course, also played in other states and in New Zealand, but in a lower-profile, grassroots-cum-semi-professional guise. It was the success of the Sydney league that led the evolution of the game, followed by the addition of Canberra, Newcastle, Brisbane, Gold Coast, North Queensland, Auckland (NZ) and Melbourne enriching the competition.
Twenty per cent of all players now are New Zealand born. Many more are Pacific Islanders and Papua New Guineans, and the international game has prospered on the back of this. We have seen a World Cup win by New Zealand in 2008, and Tonga has become the first side outside the ‘Big Three’ since 1978 to defeat Australia.
Maybe we could achieve similar here in Europe. There are now two fully professional sides in France and a good sprinkling of French players across the Super League clubs.
Surely the aim should be to increase the stock of French players, over time, to a level that makes viable holding an annual (rest of) Europe Test against England. We used to have them.
Instead, we now persist with this North American fantasy, without its having produced one single Canadian player, or none that I am aware of.
All of this harms expansion close to home. In 2021.
Newcastle Thunder, the one club genuinely committed to growing at the grassroots, in the North East where previously there was little or no Rugby League activity, may well have their promotion hopes unfairly scuppered by another full-time, Canadian outfit being allowed to operate with overseas players.
It’s time to get over it. There never has been a shortcut or quick fix means of expansion that works, merely gradual improvement and evolution.
Nick Robinson, Beverley

OPINIONS CAN AND SHOULD BE ALLOWED TO DIFFER
Black Lives Matter and taking the knee continue to attract comment, which is healthy.
Issues on which opinions differ are best discussed in the open.
One thing upon which opinions should not differ, however, is that racism is wrong and should be outlawed. How that can be achieved is the difficult bit. It will require major political initiatives, which will include and affect all sports.
I have no difficulty with those who object to taking the knee, nor with the way Wakefield have approached the subject. Their explanation was helpful, although it cannot preclude supportive actions like taking the knee, which clearly means a lot to the players who do it.
It only takes ten seconds. If it upsets you, make a cup of tea.
Leroy Cudjoe was quoted in The Su’ (28 June] as saying Rugby League is better (on this issue) than many other sports and organisations, and a primary school teacher friend of mine said that, while diversity is rightly discussed in class, discussing it should certainly not end there.
Sport should never be placed ahead of, or deemed more important than, anti-racism or diversity issues in general. I salute Rugby League for the stance that it is taking
David Wilkinson, Delamere, Cheshire

POOR LIVES MATTER MORE
I am astonished that there are still people in the UK who think others there need to be told that black lives matter as much as white ones. What, in the UK?
Perhaps your ‘activists’ over there have never lived in a place where, until not long ago, black lives really did not matter to many people as much as white lives did.
There is no difference between a black life and a white one but there is a difference between being rich or poor. Why don’t we see the same interest in the UK, in promoting ‘Poor Lives Matter’?
Most of our people here are black but, far more importantly, many are still extremely poor and all of us here have an equal duty to try and level that out.
Jeff Whittaker, KwaZulu, Natal

To read the full League Express mailbag each week, subscribe to Totalrl.com Premium