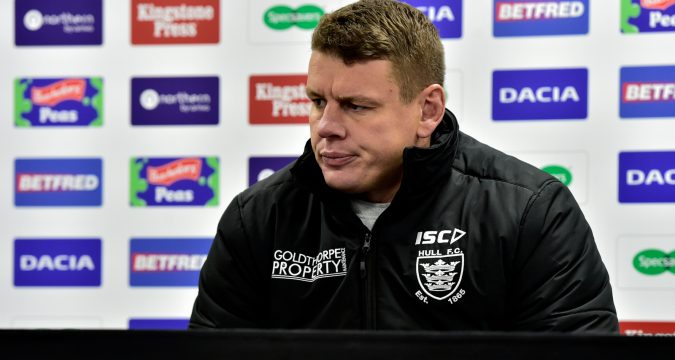 Hull FC coach Lee Radford has admitted he would give up another Challenge Cup trophy for a Grand Final ring.

The Black and Whites have won at Wembley for the last two years, but have yet to win the Betfred Super League.

Ahead of Thursday’s clash with Leeds, where their hopes were ended in last year’s play-offs, he conceded he would give up Wembley success this year for an Old Trafford triumph.

Speaking to Scott Taylor on the Our League app, Radford said: “Not that it (the Challenge Cup) doesn’t mean an awful lot because it’s an unbelievable experience, but I think it’s eluded us, as you touched on, in the last two seasons.

“I think like every other team in the competition, we’re striving to get there and the fact that we’ve got so close over the last two seasons, it only whets your appetite even more.”

Our League is a FREE app which can be found on GooglePlay or the Apple AppStore. Our League gives you access to breaking rugby league news before anyone else, exclusive video content, great ticket offers and much more!