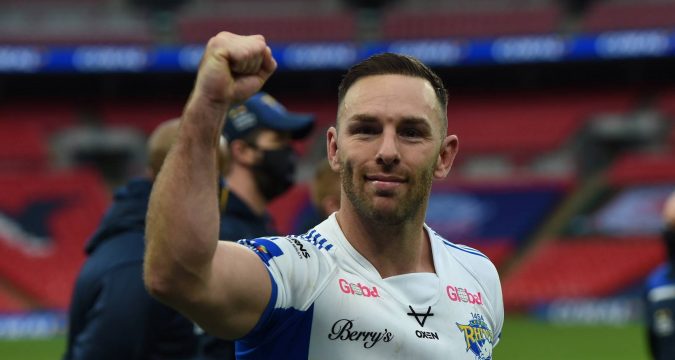 Super League games at home to St Helens and away to Catalans were called off as a total of eight positive tests, with others forced to isolate as a result, led to the temporary closure of the club’s training ground.

When Leeds head for Salford on Friday, it will be their first outing since their 60-6 win at Castleford on May 28.

“With the break for the Challenge Cup semi-finals, we will have gone three weekends in the middle of the season without a game. It can’t be helped, but it is far from ideal,” said the 32-year-old halfback.

“I thought disruption from Covid was behind us, but it has reared its head again and we’ve been hit hard. I think probably one person has come in with it and through training it has been transmitted around the squad.

“We’ve not been able to train, but it is just one of those things we can’t do anything about.

“One slight positive is that it gives us a bit more time to get some players back. Having nearly a month off at this stage of the year will give bodies time to recover, especially the older ones such as myself.

“When you don’t play for a while the aches and pains go away and you can get a fresh start, but halfway through the season you want to be playing every week.

“It is turning into one of those years when we just can’t seem to get any rhythm. In the Castleford game we hit some good form and we wanted to kick on from that, both as individuals and as a team.”

Due to injuries and some players, including Gale, likely to be involved in that night’s England versus Combined Nations All Stars clash at Warrington, it could well be an inexperienced Rhinos line-up.

And the former Castleford man, writing in his Yorkshire Evening Post column, continued: “We did that a few times last year and whoever’s picked will give a good account of themselves.”

Leeds, meanwhile, have signed St Helens backrower James Bentley on a two-year deal to run from next season.

The 24-year-old Ireland international is currently out injured after breaking a leg in May.