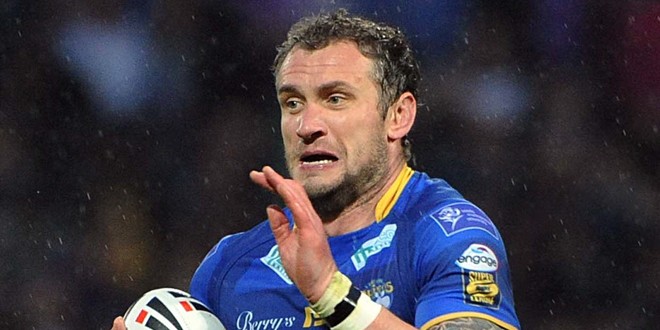 Fresh off the back of his 500th career appearance last weekend, Leeds Rhinos have rested Jamie Peacock ahead of their Easter Thursday clash against local rivals Bradford Bulls.

Peacock – who served the Bulls with great distinction until his departure in 2005 – will miss out for the Rhinos in their traditional derby clash which kicks off the Easter period.

The Rhinos are also without Jamie Jones-Buchanan and Paul Aiton – but Zak Hardaker returns after being rested for last weekend’s clash against Wakefield Trinity Wildcats.

Elliot Minchella and Liam Sutcliffe could be in line to feature, as they are both included. Sutcliffe has just returned from a loan spell at the Bulls earlier this month.

Rob Burrow is in line to feature – in what will be his 400th appearance for the Rhinos.