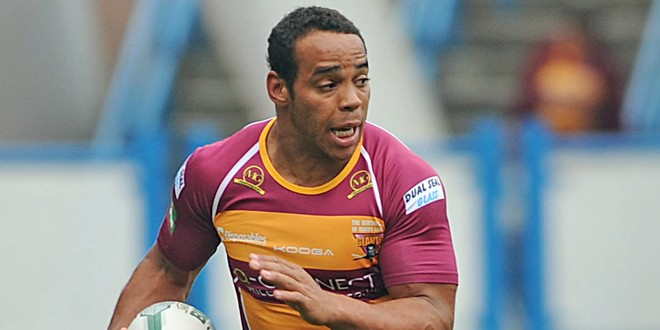 Huddersfield Giants are set to reintroduce three key players to their side this weekend, as they look to get their season back on track against Salford Red Devils.

Perhaps the biggest return is that of England centre Leroy Cudjoe, who is returning ahead of schedule after initially being ruled out of action for up to six weeks. He will give the Giants some much needed strike in the back division, whilst forward Larne Patrick is also in line to return – having picked up a serious injury in the opening clash of the season against Wigan. Anderson confirmed to the media they will both play this Friday.

“Leroy and Larne will both be fit. They’ve both trained fully this week with no problems whatsoever, so they will be involved,” Anderson said.

The Giants boss will also welcome back prop Anthony Mullally, who has returned from his loan spell at Bradford. Although Anderson wouldn’t confirm who he was replacing, he did claim that the 22-year-old will feature against Salford.

“Mulls has come back, and our middle needs shaking up a little bit – so he’ll come back into the side. He will play on Friday.

“We’ve been watching his games, so we can see the stuff he’s done. He’s been getting game time under his belt, which is what he needed.

“He carries the ball and finds his front well, which is what I want him to do. The Easter thing has been a factor in him coming back, but he’s coming back to play without a doubt.”