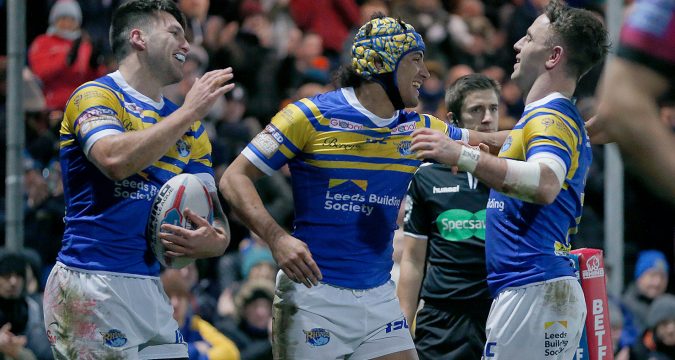 Leeds overcame a late Widnes onslaught to reach the quarter-finals of the Challenge Cup with a 23-20 win.

But Whitley bagged his second and quickfire tries through Alex Gerrard and Charly Runciman put the Vikings within three with 20 minutes left.

However, Leeds held on to secure their place in the last eight.