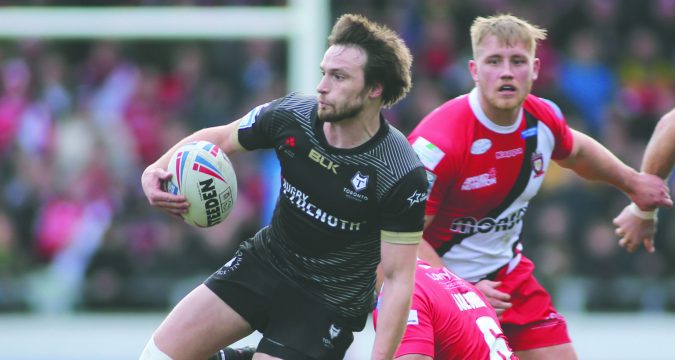 Leigh Centurions have added a fourth halfback to their squad in the shape of Toronto playmaker Joe Mellor.

The livewire joins the club and will team up with fellow Toronto team-mates and halfback Ryan Brierley and Blake Wallace.

Jamie Ellis will also compete for a place in the squad next season as the Centurions push for a strong season.

The 29-year-old spent seven seasons with Widnes having come through the Wigan academy. He has made 137 Super League appearances.

“I was really impressed when I sat down with John Duffy to talk about the new season and the plans he had for next year,” Mellor said.

“Obviously it’s not been the best of years for anyone but it’s been even worse for the Toronto lads. It’s good to start looking forward to something and getting back on the field playing rugby again. It felt like the season was just taken away from us and there was nothing we could do about it.”