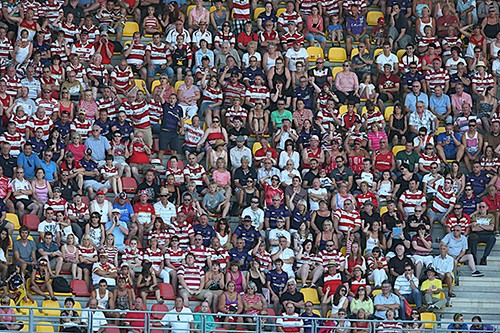 I have looked at attendance figures for Super League season 2013 and I have been interested in how a club’s attendance changes when Wigan visit each club.

Friendlies, cup matches, Magic Weekend games and end of season play-offs have not been included, so this leaves the 13 home games played by each team, ie 12 home games together with one home game against Wigan.

The calculation showed each club’s average attendance over 12 games, and the another figure which will be the club’s attendance when Wigan visited.

I did the same calculation for season 2012. The net result was that a club’s attendance increased by 22.1 percent when they entertained Wigan.

What do we do about Hull, the only club to show a negative figure in both seasons.
Possibly the Hull spectators were working hard on their “City of Culture” application. Well done Hull, City of Culture 2017. Liverpool put on a fantastic show, let’s hope Hull do the same.

I have also looked at attendance figures for the Magic Weekend games played during Super League XVIII. I was interested in comparing the attendances with what we might expect from the same matches played in normal Super League season.

Looking at the overall picture, we had a total attendance at the Magic Weekend of 62,042 over seven matches, an average of 8,863 per match. Looking at the same matches, home and away, gives us 14 matches and a total attendance of 133,072. This gives an average figure of 9,505 per match, which is about 7 percent higher than the Magic Weekend figures.

On this basis, how can we say the Magic Weekend is a successful if it pulls in 7 percent fewer spectators. I suppose it depends on gate receipts, but are these more than ordinary league matches? I have no figures for gate receipts. Another factor to consider is that a fee would have to be paid to the Stadium for two days use, again reducing the net income. The Magic Weekend is an extra match, making 27 games instead of the normal 26 games.

Speaking to people in general, I get the impression that Magic Weekend is a worthwhile addition to Super League, but I wonder if the RFL have any new ideas for the future.