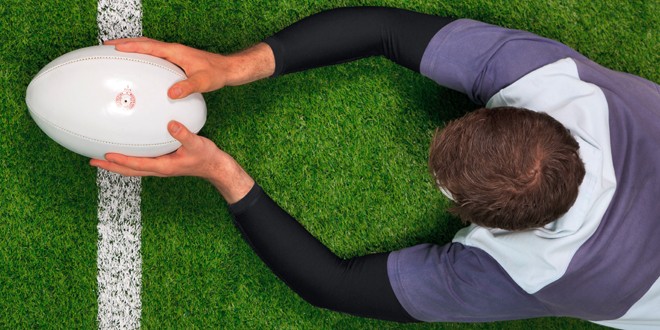 The start of the New Year in the Antipodes has been as predictable as ever. Enter Mr Glenn ‘Bumper’ Dwyer, the indefatigable publicity and marketing man for Newtown Jets (formerly the Bluebags).

Now, Bumper is no man’s fool. He understands the working of newspapers in the so-called silly season, where Rugby League stories are at a premium.

So each and every year he sends out a blurb to celebrate Newtown’s birthday. And he always claims the pioneer club was born on January 8, 1908.

Each and every year he finds some gullible journalist to claim the Newtown club is trying to rewrite history. Had Newtown been formed on that date, it could lay claim to being the oldest club in Australia. But, in high dudgeon, the said gullible wordsmith will explain that it was, in fact, formed at a public meeting six days later, making it the second club to have broken away from the Rah-Rahs in 1908.

Here’s how it all came about.

There are hand-written minutes allegedly taken at a meeting at Newtown Town Hall on January 8. At the meeting, convened by prominent Sydney sportsman James J Giltinan and Member of Parliament Henry Hoyle, two of the men instrumental in staging the first League matches in Australia the previous year, Newtown came into existence.

But contemporary newspaper reports beg to differ. They have the meeting taking place the following week. In the meantime, the now-defunct Glebe club was formed.

At the very least, I have seen the official receipt (numbered 1) from the NSW Rugby League for Newtown’s affiliation fees. It was signed by the League’s treasurer, the legendary Test cricketer Victor Trumper and was given by a fan to Bernie Purcell, a goalkicking international of the early 1950s and later a Rugby League journalist.

I can but hope that Purcell’s family realised its significance and didn’t throw it away after his death in 2001.

Despite the annual tut-tutting by pedants, who really cares if Newtown was first or second in being formed?

What really counts is the wonderful history of the Bluebags and Jets.

The club’s first Premiership was in 1910. And seven players from that Newtown side were in the Kangaroo squad that would tour Britain the following year – fullback Webby Neill, winger ‘Boxer’ Russell, the brothers Bill and Viv Farnsworth and forwards Bill Noble, Paddy McCue and Joe Murray. Jack ‘Towser’ Barnett, who played against the touring 1910 British Lions, was another in Newtown’s Premiership-winning line-up.

The Farnsworths – Bill a great stand-off and Viv a crash-tackling centre – returned to England in 1912 to play for Oldham.

The Bluebags also had a vintage era in the 1950s. Centre Dick Poole captained Australia to victory in the second World Cup (1957). Fullback Gordon Clifford achieved fame on the 1956-57 Kangaroo tour of Britain and France as the man who ended the Test career of ‘The Little Master’ Clive Churchill. And the great Johnny Raper started his senior career at Newtown’s famous Henson Park ground.

Halifax’s international backrower Charlie Renilson played for Newtown between 1969 and 1971 and, in an ironic twist, went on to become a selector of Australian Test teams.

And what about Ken ‘Squeaker’ Wilson? He never made it to international level. But two of his records are unique.

At the Sydney Cricket Ground in 1973 he kicked a field goal against St George for Newtown to go into the record books for the only 1-0 victory in the history of the game. The one-pointer came with 12 minutes left on the clock.

And in 1982 Wilson captained the Jets against Canterbury in a match at Henson Park that ended in a nil-all draw. To this day, it remains the only scoreless match in Premiership history.

Of course, Henson Park is usually on the itinerary for English fans who visit Australia. Most would be unaware of their first glimpse of the iconic arena, as a large percentage of aircraft fly directly over Henson Park in the final minutes of the descent into Sydney’s Kingsford Smith Airport.

It was opened in 1933 on the site of a disused brick pit and was the venue for the cycling and closing ceremony at the 1938 Empire Games (forerunner to the Commonwealth Games).

Fans, when they get to see Newtown play at Henson Park in the NSW Cup, inevitably go online and buy memorabilia of the famous club. Even the legendary Alex Murphy posed in a Newtown shirt he had bought in Australia for a book cover photo.

And, even though I am a Wests Tigers supporter, I confess I have a Newtown sticker on the back window of my car.

The Bluebags-cum-Jets have that effect on you.